San Lorenzo took a point during his visit to Vélez 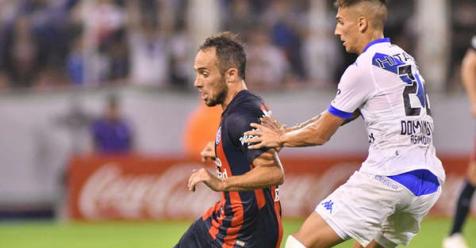 Dynamic. Fernando Belluschi was one of the most mobile in San Lorenzo, who yesterday had Jorge Almirón in the bank for the first time.

Velez Sarsfield and San Lorenzo de Almagro, in the premiere of Jorge Almirón as coach, did not go beyond the insinuations in the match that took 0-0 last night at José Amalfitani Stadium, for the twelfth day of the Argentine Superliga de Fútbol.

The two opened their proposals and the first minutes of the meeting became dynamic.

With fertile field to move on, the middle zone in the game field was transit, but both teams failed in the definition.

Vélez was a bit superior, mainly during the second half, but the clubs twice and Navarro, in many others, blocked their way to the scoreboard.

San Lorenzo did not show great signs of improvement in the coach of his coach, but the spaces that his rival left in his eagerness to look for the opposite goal gave him the space to hurt his counterattack. Ecuadorian Dominguez and his failure to define prevented him from successfully completing the risks he generated.