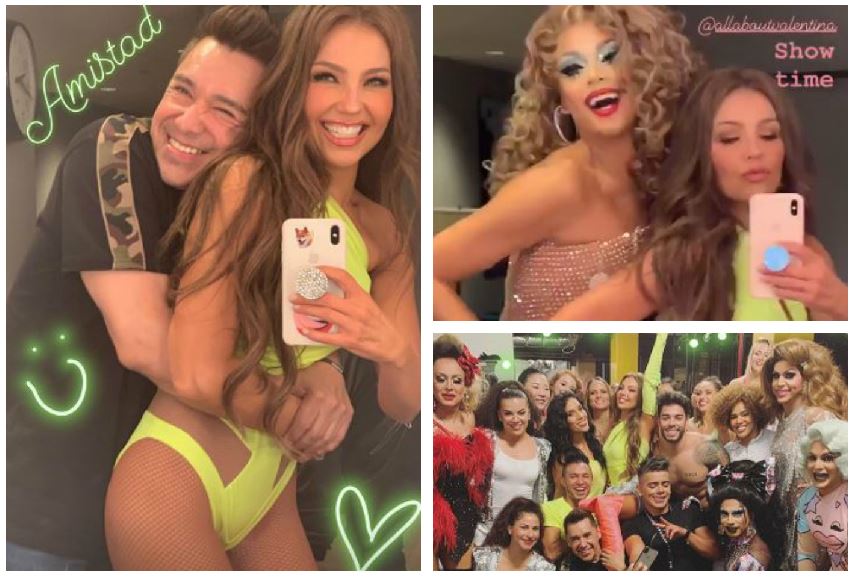 This Saturday was held at The Forum, Los Angeles, a spectacular concert called "Those who rule" which collected several female singers, including Thalia and Paulina Rubio who once again split the scene after more than 20 years after the end of Timbiriche and his well-known "rivalry".

The event that sought to bring together female artists who consider themselves influential in music managed to get on their platform Thalia, Natti Natasha, Paquita la del Barrio, Gloria Trevi, including

The Mexican singer Thalia killed the audience with a spectacular dress that revealed her slender body. In addition, he made a show where he compiled his biggest hits and the latest of his career as "I Can not Remember" along with Natti Natasha who drove the fans crazy.

You may be interested: Karol G was in hospital at the end of the Grammy Awards

Love mexican, who cares, and others later that since that night and I do not remember, She interpreted Thalia and left more than an "open mouth" with the Mexican artist's sensual dance.

On the other hand, Paulina Rubio better known as "The Golden Girl" she interpreted several of the successes of her musical career, among them I'm not the woman, a subject that made her chant the whole female genre that was in place.

Even though they did not sing together on stage, it's the first time in more than 20 years to share the scene with their rival Thalia, with which they dissatisfied and had serious differences when each decided to start as a soloist and leave Timbiriche- group.

Natti Natasha, On the other hand, he sang his song Sin Pijama and definitely was "climax" when he sang along with Thalía his song "I Do not Remember". But in the middle of the song the sound was left and both showed why they are sending, they continued to sing as if nothing happened.

Another section to highlight was the meeting between Glorias Trevi and Paquita la del Barrio in the dressing room before the show where the interpreter of the "two-legged rat" showed him his desire to make a duet, as Trevi replied that it would be a glory.