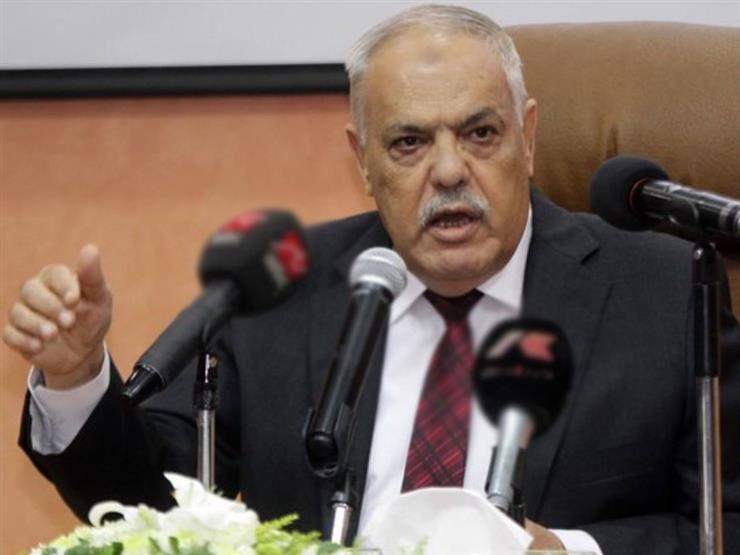 Major General Abdul-Moneim Al-Tarras, chairman of the Arab Organization for Industrialization, received the Minister of Youth and Sports to discuss the executive steps to activate the bicycle initiative of every citizen.

Negotiations fall within the scope of the national cycling project, in addition to discussing all the needs of the Ministry of Youth and Sport, according to a statement Saturday.

For its part, the Minister of Youth and Sport welcomed the cooperation with the Arab Organization for Industrialization, one of the castles in the national industry with which we cooperate to meet all demands for youth and sports facilities, praise the expertise in technical expertise and overcoming any obstacles to achieve all areas of collaboration with the required efficiency and the highest levels of quality and speed.

He added that all the data needed to accelerate implementation of the initiative was examined through the provision of 100,000 cycles as a first step, emphasizing the importance of deepening local production by taking advantage of the advanced manufacturing opportunities in the Arab Organization for Industrialization.

The Minister of Youth pointed out the importance of the bicycle initiative to every citizen where it represents an economic system to provide employment opportunities for bicycle maintenance and distribution, as well as systems for installment payments through banks to provide bicycles at a reasonable price lower than the market.

He also pointed out that the Cycling Initiative for every citizen will be accessible to all bodies, institutions and individuals of the Republican government, and explained the importance of the media in raising awareness of the goals of the initiative on numerous health, economic and environmental issues.

In a related context, the Minister of Youth and Sport is expected to start implementing a bicycle project for each student at a number of universities that point to the study of funding mechanisms and how to reach the largest possible number of students, faculty and staff at the universities.

Secretary-General Abdel Moneim Al-Tarras, in turn, stressed the importance of participating in supporting the state plan to favor the local product and optimize the resources and capabilities available, emphasizing the importance of accelerating the activation of the initiative by President Abdel Fattah El-Sisi for putting the bike on the map of the main means of transportation in Egypt and working to locate its industry locally and market it at a price. Payment Facilities.

He pointed out that the initiative represents a great qualitative leap by finding a safe, environmentally friendly way that does not use energy or fuel and is cheap in repair or spare parts and accessible to many, as well as being a healthy sport suitable for all age groups.

Al-Terras confirmed that there is an ambitious plan in coordination with the Ministry of Youth and Sport to activate and implement the initiative, emphasizing that we want to be Egypt as a regional center for the production and export of bicycles to Africa and Middle East.

He pointed out that the experiences of the developed countries in this context were reviewed to identify the latest technologies and methods, emphasizing the exploitation of the manufacturing opportunities available in the Arab Organization for Industrialization to deepen local production and locate the bicycle industry according to international quality standards.

He pointed out that the "terrace", as the authority's role in producing bicycles-to-local ratio, grows over time, emphasizing that the proposed bicycle design takes into account all environmental conditions and the appearance of civilization and characterized by quality, durability and attractive shape.

He pointed out that in order for this initiative to succeed, the culture of daily transport of citizens must be changed and encouraged to use the funds for active transport rather than relying on automated fuel and environmental pollution resources, in addition to redesigning roads and streets in existing cities, while the new cities urban planning has a vision A future that extends to the project and emphasizes the importance of conducting continuous monitoring and follow-up to ensure the initiative is successful