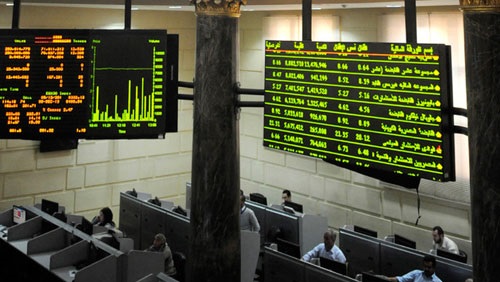 The Egyptian stock exchange – during the week – last week – the biggest weekly gain in the last eight months since March 2018, supported by strong purchases of major shares and leading of institutions and investment funds, domestic and foreign.

The market value of listed companies increased by 25.9 billion EGP, the highest week since March, to 776.8 billion LE.

Experts on the stock exchange stated that the major activity witnessed by Egyptian shares during the past week due to several factors, especially the decisions taken by the Financial Supervisory Authority to protect the market and small shareholders against some manipulators, as well as the presence of news about the acquisition of some potential companies , On record business results.

"The stock exchange has not been adversely affected by the protectionist decisions taken by the financial watchdog against Beltone and Beltone Brokerage," said Mutasim al-Shihaidi, board member of Horizon Securities Brokerage. The measures led Orascom Investment to offer a purchase budget for a share in Tharwa Capital, "which left the company and the market more bearish than previous weeks.

He added that the news of a close solution to corporate crisis 'Global' Holding with the government strengthened market development, except that the International Trade Bank in Egypt announced that record gains exceeded £ 7 billion in 9 months of market activity support.

He pointed out that the decline in trade value during the current week to reach 6.2 billion pounds through sales of 1.413 billion executed on 151 thousand transactions compared to a total value of trade amounted to 8.9 billion pounds and the volume of trade amounted to 1,043 billion sheets, which were conducted on 118 thousand transactions over the past week.

The report said the Nilenbörsen had a turnover of 4.7 million pounds and through sales of 10.5 million papers in 827 operations.

He pointed out that shares accounted for 83.79% of the total value of trade in the cabin while the bonds acquired approximately 16.21%.

He added that the institutions acquired 43.08% of the transactions on the stock exchange and other transactions accounted for 56.92% for individuals.

With regard to the bond market, the total value of trading amounted to 988 million LE and the total volume of transactions on bonds was approximately 1,500 million bonds.