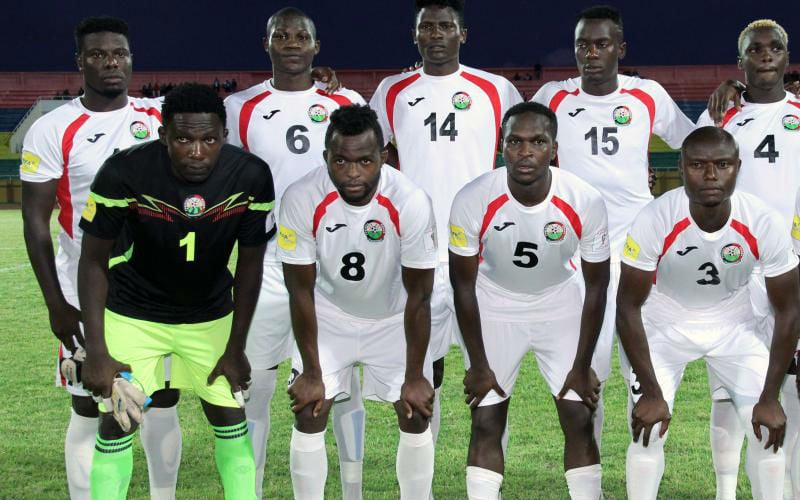 JOHANNESBURG: Kenya and Ethiopia went on scoring Wednesday on Wednesday as the African football qualitative competition for the Japan Olympic Games in Japan started.

The Kenyan were two goals before Mauritius within 13 minutes in Nairobi and ended 5-0 winners of a one-sided first round first match.

Johnstone Omurwa and James Mazabe were the first scorer and Pistone Mutamba was after 35 minutes for a 3-0 half-time advantage.

Sydney Lokole and Joseph Okumu netted in the second half of Kenya, traveling to Belle Vue in the Indian Ocean island state of return game this Sunday.

Ethiopia scored twice in each half to build a 4-0 first leg in Addis Ababa over Somalia.

Canaan Markneh and Israel Eshetu looked after the hosts under the opening half and Awot Gebremikael and Abubakher Sanni scored within three minutes halfway through the second half.

Sanni was later red carded and will miss the return match in Djibouti next Tuesday.

Uganda left it late to reach an unexpectedly narrow 1-0 victory over southern Sudan in Kampala with Mustapha Kizza redirecting a penalty in the fourth minute's stopping time.

The Ugandans had hoped to establish a much wider winning margin before potentially tricky second leg in Juba.

Burundi was at the top after half-time to defeat Tanzania 2-0 in Bujumbura through the goal of Muryango Mabano, from penalty and Laudit Mavugo.

Other qualifiers in Eastern Africa were drawn, with Rwanda and Democratic Republic of Congo failing to score in Rubavu and a connection between Seychelles and Sudan in Victoria ended 1-1.

Daouda Camara did last minute to catch a 2-1 victory for Guinea over Mauritania in Nouakchott.

Mauritania made an encouraging start with the El Hassen Teguedi network in just 10 minutes for Mai Traoré to level 72 minutes in North West Africa.

The Olympic Games football qualifiers are limited to under 23 soccer players with each country allowed three over-age "wildcards" in the finals.

Nigeria (1996) and Cameroon (2000) are the two African countries that won the quadrennial tournament.