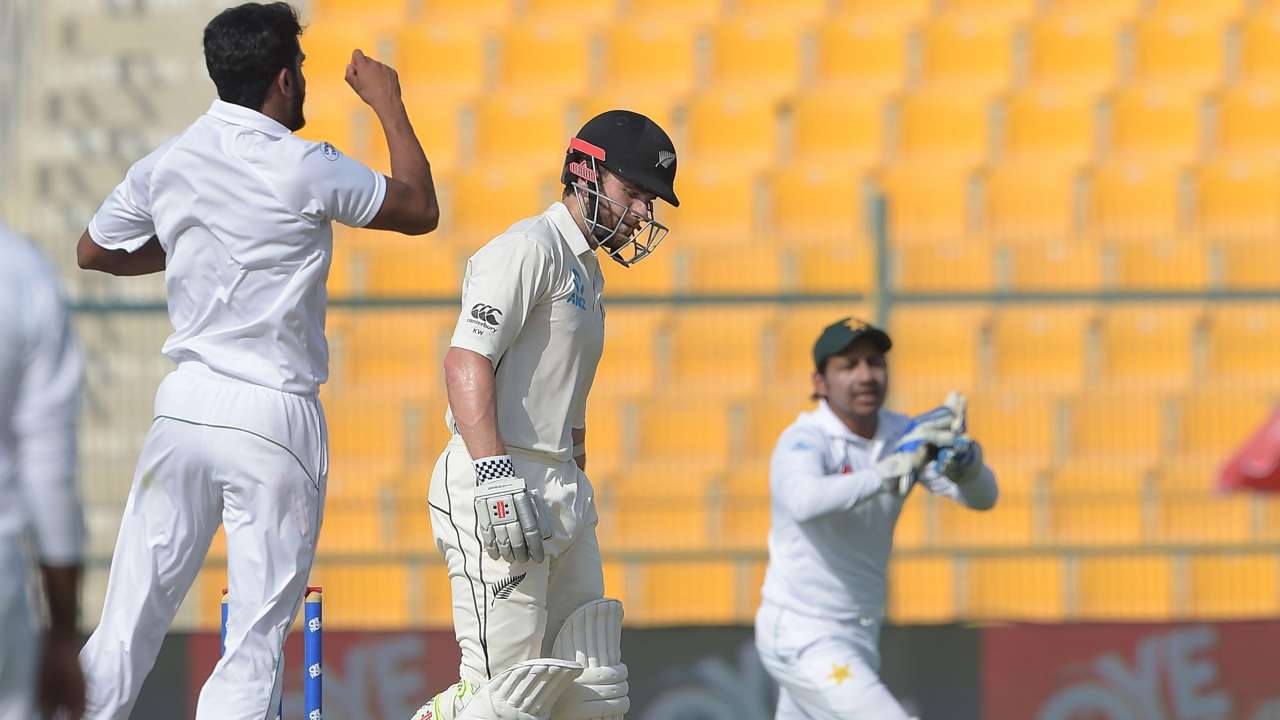 Pakistan's bowlers showed controlled aggression and intelligence to throw out New Zealand for 153 on day one of the first Test in Abu Dhabi on Friday.

The Kiwis fought to score on a dry pitch after winning throwing and losing their last seven wickets for just 42 runs in the afternoon session, with Kane Williamson's 27th test half-century reduced to a footnote.

New Zealand cleared opener Imam-ul-Haq (6) and Mohammad Hafeez (20) before the end, but the day belonged to Pakistan, which will continue at 59 for two, followed 94 runs with eight wickets in hand.

Ben-spinner Yasir Shah, introduced in the 15th, hit immediately when Latham chopped one to Hafeez at mid-wicket.

Latham soon went to the dressing room by Ross Taylor after another sharp turn from Shah, he had been caught behind for two.

Williamson and Henry Nicholls put together a careful 42-round position to ensure there was no more hiccups when they reached lunch at 81 for three.

Abbas, who picked up 17 wickets in two tests against Australia last month, took away Nicholls and tempted him to edge half-volley to wicketkeeper.

It was only worse for the visitors that Hasan Ali came to the party with the old ball and claimed two wickets in two balls.

While Williamson had a short delivery down on the pet side, Colin de Grandhomme caught his leg before turning a certain turn.

Williamson's 112-ball 63 included five limits and he added 72 for the fourth wicket with Nicholls, who made 28.

Both Ish Sodhi and BJ Watling fell to left-spinner Haris Sohail before Shah hit Innings with Ajaz Patel's wicket, who made six debut.

Shah finished as the puck of the bowlers by 3-54, while Abbas, Ali and Sohail finished with two wickets.

New Zealand returned to the field and their new ball pairing by De Grandhomme and Trent Boult shoved a wicket to remove Pakistan-opener Imam-ul-Haq and Hafeez. Yet Azhar Ali and Haris Sohail painted the last hour to take them to stumps.