Raising minimum wages is a core element of our program 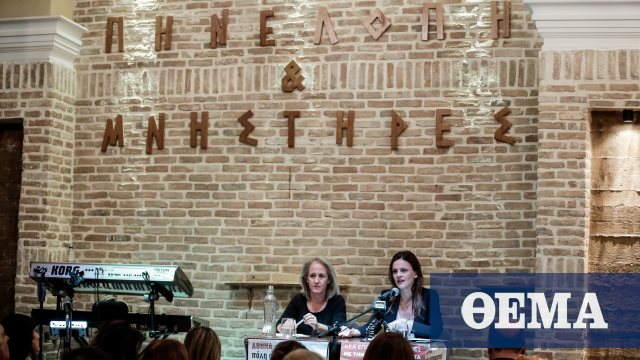 "Collective claim to workers, apparently not by chance, was one of the most important issues in the liberalization of working conditions for the period 2010-2014, and contributed decisively to the level of wages and the creation of an environment of cheap and flexible work. This recipe with the devastating consequences not only the position of borrowers but also the conscious choice of governments during the period 2010-2014, "said the Labor Minister Efi Achitsoglou, speaking at the open political event on "Together, We Plan The Future", organized by the SYRIZA Pangrati Members Organization.

An alternative he said, "ND defends today saying that collective agreements and labor rights at best are optional, and their implementation depends on the employer's will." "Another high proof of the reason for the decomposition of work was the drastic reduction in minimum wage in 2012 by 22% and 32% for young people," said Mrs Atschigoglu.

"On the contrary, for our government, raising minimum wages is a core element of our program. Therefore, we voted immediately after we left the program, which accelerated the process of raising minimum wages. The process has already begun and will end in January 2019 with the increase in minimum wage and the abolition of the so-called youth wage, the Labor Minister noted.

Meanwhile, Mrs Atsioglou said that the adoption and implementation of the measures announced by Prime Minister Alexis Tsipras has already been announced, announced at the Thessaloniki International Fair. "In this context, we have submitted to Parliament the bill to reduce the contributions of our own companies," said Mrs Achitsoglou, pointing out that the bill is another confirmation that "we are entering a new phase, which for thousands of citizens means effective measures support, strengthening and prospects ".

"It is a response to those who have so far refused to accept that the circle of memoranda and financial adjustment has been completed. It is evidence that leaving the program is not a formal differentiation but leads to policy options that did not exist in the previous period, constituting a substantial transition to a new period that citizens will realize in their daily lives "that the bill categorically denies the opposition and opponents lies.

Among other things, he said that from January 1, 2017, approximately 1,250,000 self-employed workers pay lower fees than they paid before the Joint Social Insurance Fund (EFCA).

"The bill, by maintaining the lowest contribution to the levels stipulated in Law 4387/16, reduces the insurance premiums for another 250,000 self-employed workers as follows:

It is noted that before the beginning of the event, the members of the "Rubikon" flew hard-shouted slogans and then left.