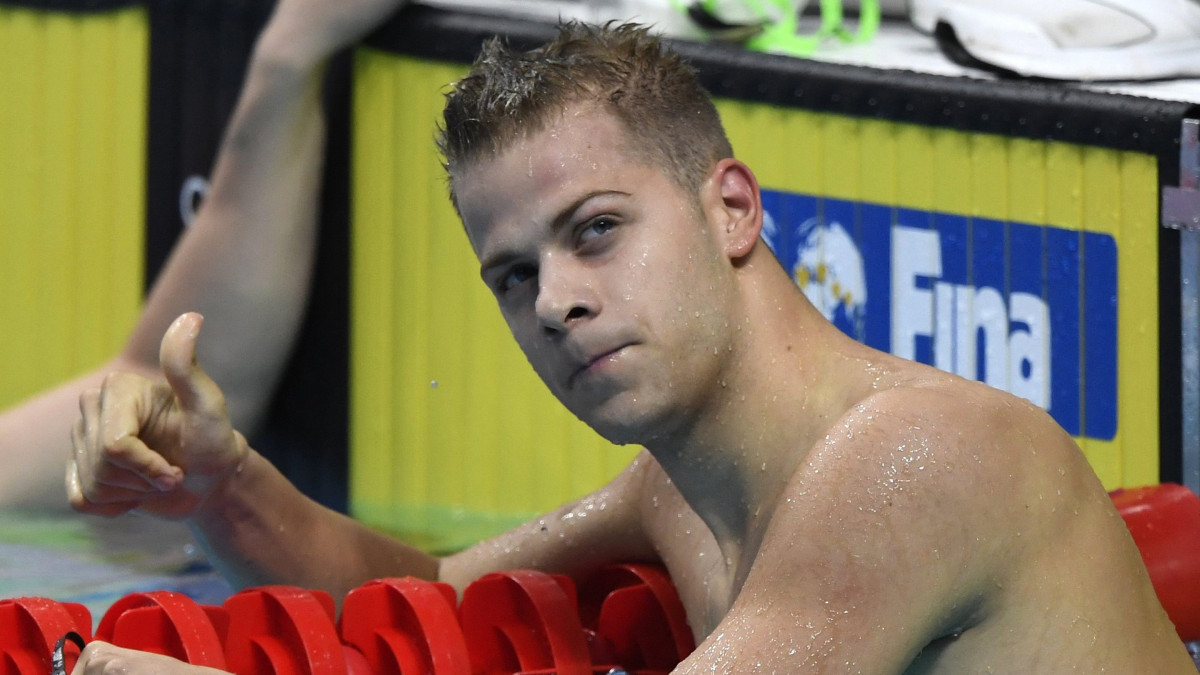 As first reported on Thursday by Infostart, the record of the investigation into Tamás Kenderesis's South Korea case, according to Sándor Wladár, president of the Hungarian Swimming Association, does not include a sexual harassment clause that gives the Hungarian swimmer a radical turn. Known as Pécs butterfly swimmer, a Korean lady staying there was reportedly "sexually harassed" at a nightclub on the closing night of the Wujiang World Cup. Kenderesi later apologized to the public for his "unfortunate gesture," but denied sexual harassment, and the Korean authorities sent the athlete back to Hungary for a fine within ten days.

On Friday, Alexander Wladar also provided information to InfoRadio about what was actually included in the Korean investigation.

"There are intentions of harassing, but there is no intention to commit sexual harassment in any context or terminology"

– made it clear to the swimmer who faced the document, "reassured": "I have thought through the matter, discussed with others, and I do not think there is any suspected sexual crime that I am happy. The unwanted touch is an absolute stop. It was a deliberate question of deliberation, "he added.

it is united in the national sports community when it comes to our Hungarians, but when such a situation arises, commentators pour cold and warmth on man.

"I see it as a more positive social image and I hope it stays that way, or rather gets stronger as this issue is clarified."

Sándor Wladár made it clear that he would not be punished twice for any action, but that the Disciplinary Committee of the Hungarian Swimming Association should meet and Tamás Kenderesi would stand before him.

He still said that

although the protocol speaks of harassment, the court decision may still contain other terms,

but until the decision is the situation he has outlined. "As far as I know, it's more of a harassment, an interference with the private sphere, but no sex offense," he said of what happened at the nightclub.

He made it clear

it is not the purpose of proving Tamás Kenderese's innocence, as he put it, to "launder"

they have no interest in doing so, but they need documents and a committee meeting to find out the full truth.

Sándor Wladár will not comment on the matter before the Disciplinary Committee meeting. When the court order is received, the Hungarian Swimming Federation will re-communicate the case.

Tamás Kenderesi is currently recovering and his knee surgery after the World Cup was successful. As the floating president added, the athlete is not reading the news now, and he thinks things are going well with him.