Again, the MR immunization is extended until December 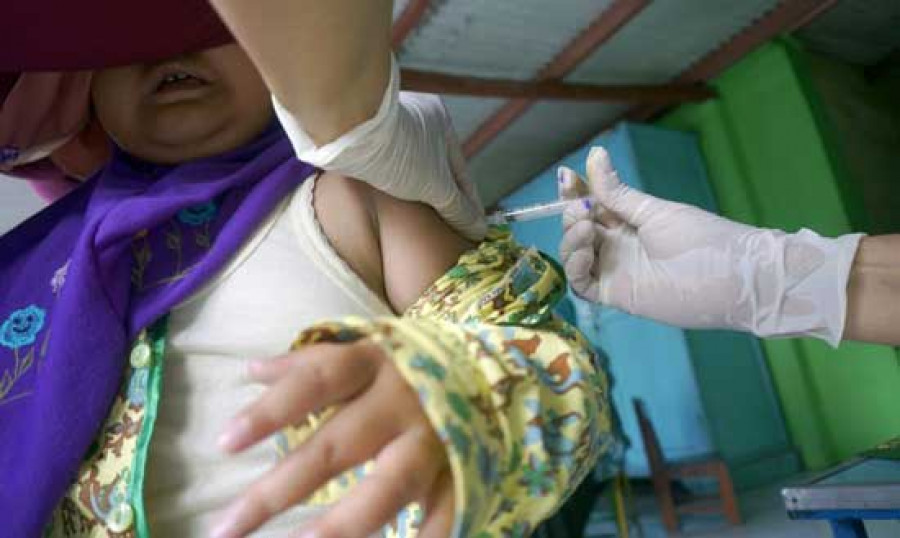 Diskar-KB Bontang estimates that prolongation of the immunization period is very necessary so parents can have their children immunized in all Puskesmas in Bontang. The system that will be performed is still the same, by going to school.

"We continue to go to schools, except that Puskesmas continues to earn according to the immunization schedule," says Acting Kadiskes-KB Bontang, Bahauddin.

He continued, there were still many obstacles that his party met, for example, it was a strong rejection of the students' master at several schools until there were instructions from the mayor of Bontang so that parents did not need approval. "But the school still insists on writing a parental drive," he said.

Therefore, Bahauddin plans to meet with the head of the education office (disdiction) to discuss this issue. In view of MRI immunization as a state effort to protect the people from measles and rubella. In addition to Puskesmas, immunization can also occur at immunization sites, as well as at each Posyandu.

Previously, MR immunization was conducted in September. As the results were not on target, the program was finally decided to extend until 31 October. Again, coverage is still low and reaches only 60.16 percent. So, the program is posted on time until December 31, until coverage reaches 95 percent.

If it is still below 95 percent, the disease is still easily transmitted. Because measles and red dogs are viruses like Dengue hemorrhagic fever (DHF).

The disk-KB party Bontang also plans to make a legal umbrella in the form of regional regulation (Perda) on immunization. "MR is affected by halal haram. However, if the coverage is low, Bontang is considered a transmission area of ​​measles and rubella," says Bontang, Adi Permana, Surveillance Officer, Immunization, Outbreak and Disaster Disasters. (Cil)