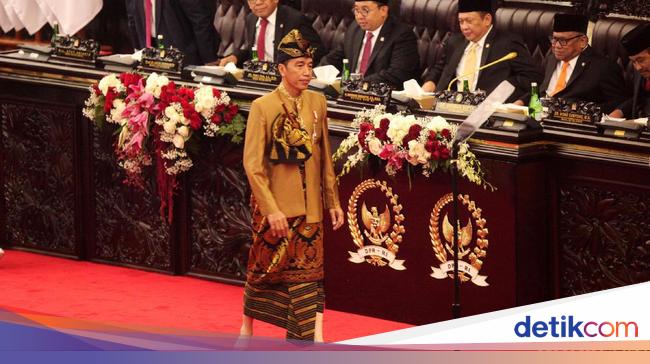 Jakarta –
President Joko Widodo (Jokowi) presented a special appearance when he delivered a state address, namely in Sasak's traditional clothes from NTB. But his appearance received innuendo from Fahri Hamzah.

During MPR's annual gathering, Friday (16/16/2019), Jokowi wore a dark blue suit and cap. After the trial, Jokowi waited in the waiting room for about 15 minutes. Apparently, Jokowi was changing clothes at that time.

Deputy Speaker of the House of Representatives, Fahri Hamzah, who came from NTB, was grateful because Jokowi chose the clothes they need today. He then reviewed Jokowski's clothing when he attended the PDIP V Congress in Bali last week. At the time, Jokowi was wearing traditional Balinese clothing, saying he was deliberately wearing them because he won a landslide victory in Bali with 91.6 percent of the vote in the 2019 presidential election.

Fahri then referred to the loss of Jokowi in NTB. According to him, Jokowi has acted in a balanced way because he wore these two traditional clothes.

"Because he recalled Pak Jokowi at that time in Bali, he said he was wearing Balinese customs because he won in Bali," he said.

But the presidential palace said the importance of clothing was not limited to electoral politics. There is another significance of Jokowski's decision to wear regional clothing.