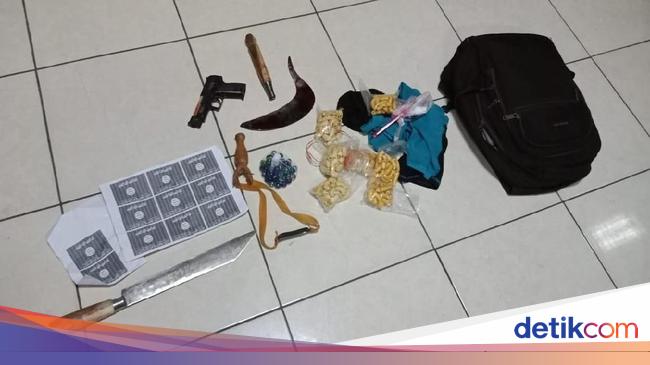 "Evidence secured by a clurit, a long knife, then a sling, water-bleed gun and other evidence," said Surabaya Police Chief Commissioner Sandi Nugroho at Wonokromo Police Headquarters in Surabaya, Saturday (08/17/2019).

Sandi said this evidence was found in the perpetrator's bag. In addition, Sandi explained that this attack was carried out when officers were serving the perpetrators who pretended to report.

"Today there is a disaster at Surabaya Polrestabes, namely an attack on service members," Sandi said.

"The incident began with a person trying to present a police report and being served by members, but suddenly that person attacked the officer using a sharp weapon (seal)," Sandi said.