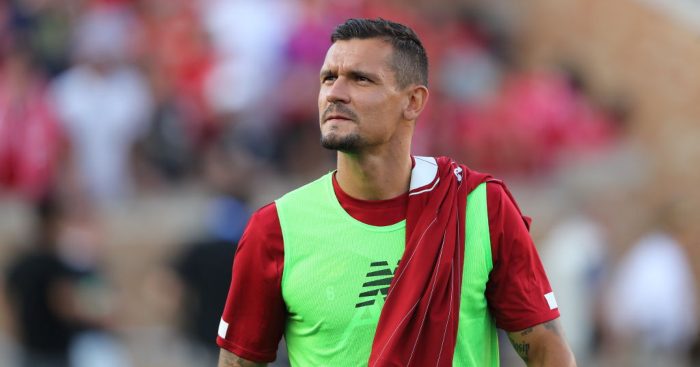 Liverpool have decided to call off talks with Serie A side Roma over a potential deal for defender Dejan Lovren, according to reports.

The Croatia defender was left out of Liverpool'S squad for Wednesday night's UEFA Super Cup final against Chelsea, with the club putting its absence down to illness.

But widespread reports claim Liverpool are discussing with Roma a £ 15m deal that would see Lovren end his career at Anfield after five years.

Lovren is Jurgen Klopp's fourth-choice center-back and failed to make the bench on Friday night when Liverpool began their Premier League season at home against Norwich.

HOWEVER, ESPN FC journalist Melissa Reddy claims that the Reds 'have called off negotiations with Roma'.

Sources have duty ESPN FC that Liverpool knocked the deal on their heads because they were 'growing frustrated at their attempts to unsettle the player and a failure to formalize the offer that was discussed'.

Roma are looking for a replacement for Kostas Manolas – who moved to Napoli earlier this summer – and will now move on to other targets.

The report adds that Roma had told Liverpool they were ready to pay £ 15m and offer the player a £ 3.6ma year wage package, only to back out and work 'with Italian intermediaries to try and negotiate a small loan sum for the Croatia international' .

The Reds remain 'open to offers' for Lovren, while the whole situation has left the center-back 'restless'.