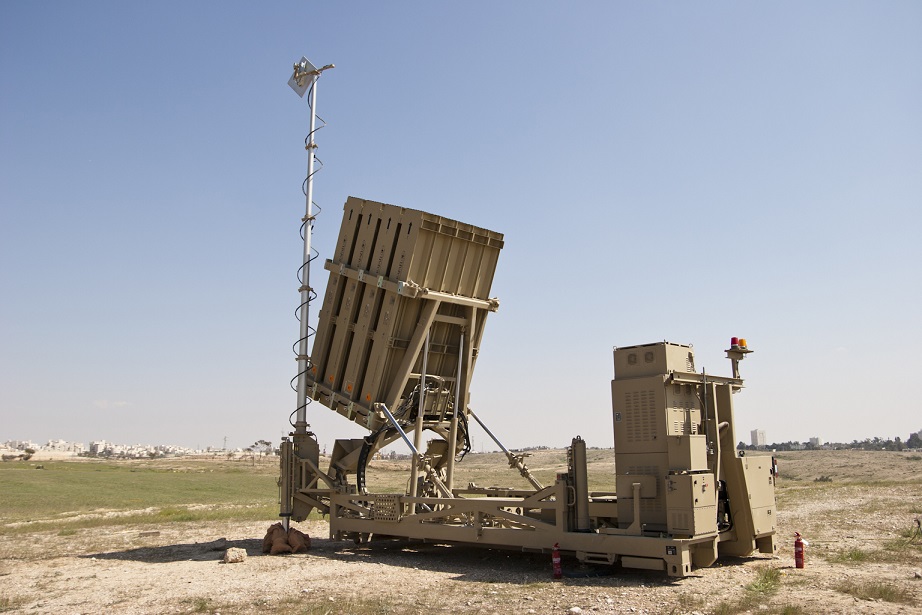 Dozens of rockets fired from the Gaza Strip in the last 24 hours to Israel's territory were captured by the Iron Dome system. This world's only dual mission counter rocket, artillery and mortar (C-RAM) and Very Short Range Air Defense (VSHORAD) system was developed by RAFAEL Advanced Defense Systems.

The Iron Dome Defense Solution is designed for rapid detection, discrimination and interception of asymmetric threats such as short-range rocket (up to 70 km), mortar and artillery shell and also serves as a VSHORAD missile system against traditional air defense targets (aircraft, helicopters, UAV and PGM).

A single battery can protect a medium sized city. The system provides the low layer of Israel's umbrella for multiple layers and air resistance.

Iron Dome provides robust but selective defense. It uses a unique interceptor with a special crane head that detonates the targets in the air. Its ability to discriminate between threats to a populated area and those that will fall into the ocean or open fields reduces costs and limits unnecessary interceptor launches.

The system is effective in all weather conditions, including low clouds, rain, dust or fog. The system can engage several threats simultaneously and efficiently, according to Raphael's website.