Aosta, mother kills her children with a potassium injection and takes her life 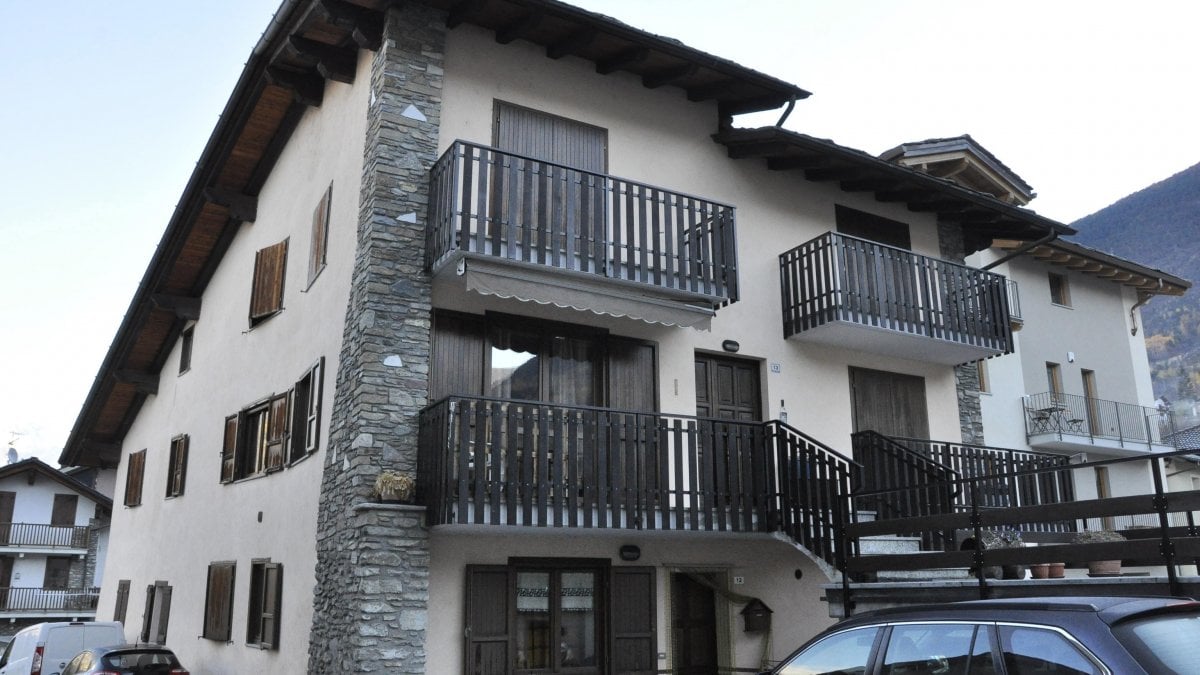 A 48-year-old woman, Marisa Charrère, killed – according to the first police crimes – her sons Nissen of 7 and Vivien 9 years and then took her life. It happened at night in a house in the center of Aymaville, a town a few kilometers from Aosta. Mamman, a nurse at the Cardiological Department at the Parini Hospital in Aosta, would first have sedated them and then killed them with a fatal injection of potassium, substance used for executions in the United States and that the woman could have stolen from the hospital where he worked. Confirmation of the exact cause of death will only occur after the toxicological tests assigned to Corella Mirella Gherardi. The two children were found in bed, the woman's body, which, according to the first aid, killed a third injection, was found on the same floor of the house that lay on the ground in the living room. The couple's bedroom is located upstairs instead. The house is located next to the village parish church, in a building of some houses.
Salvini: a prayer for the two poor angels
In the morning, prosecutor Carlo Introvigne, who coordinates the investigation of the mobile team, will give the author Mirella Gherardi of Aosta to carry out the autopsies on the three bodies.
La Charrère was "ready and calm" yesterday, a few hours before she killed her children and took her life. Occurs through the exchange of text messages with some female nurses to discuss work.

The police were warned by the woman's husband, Osvaldo Empereur, agent of Valle d'Aosta forestry, serving the Arvier barracks, who, after his return home around midnight, found his sons and mothers. The man has had a nervous breakdown and is now hospitalized in the psychiatric department of the hospital. Marisa's mother had a disease and in the morning the hospital was taken. The mob team at the police headquarters in Aosta took action. Inside the house, the woman left two letters, now investigated by the investigators, where she was saddened by the contradictions of life.

The family was very well-known in the area. At a young age, the woman had lost her father, who died in a car accident. In winter 2000, the same fate felt his brother Paolo, who died while he was cleaning the snow on the Cogne regional road. "We are talking about a normal family who participated in social life in the country through voluntary work," explains Deputy Mayor of Aymavilles, Fedele Belley – she had a character a little "closed, but no one could imagine such a thing. I do not know how society can recover from this tragedy. "

"I do not know if she was depressed, she never gave a warning, I never heard them bothering," says a neighbor, Simone Reitano. "It was a model family, very close, never a scratch. The children often played here in the yard, on a bike and went to the mountains".

"Shortly before midnight I heard a pole of chairs, then screamed, since the silence, I thought they were playing, who had thought it happened Osvaldo came home a little later": Rita, mother of Simone Reitano. "Osvaldo, the man, after entering the house, saw the scene – he remembers – and then left he told me" Marisa, Marisa killed her children and she was killed! "They could not remove it."

"Last, I saw them last Saturday, before the arrival of the new parish priest in the city, saw everything in order – the mayor of Ayamavilles said, Loredana Petey – Deputy Mayor called me tonight, counseled by a neighbor. It is a plague, both Osvaldo and Marisa was very famous in the village, even their two families are from here, their children practiced cross country skiing. " With Osvaldo "I swapped some words, you're in shock".