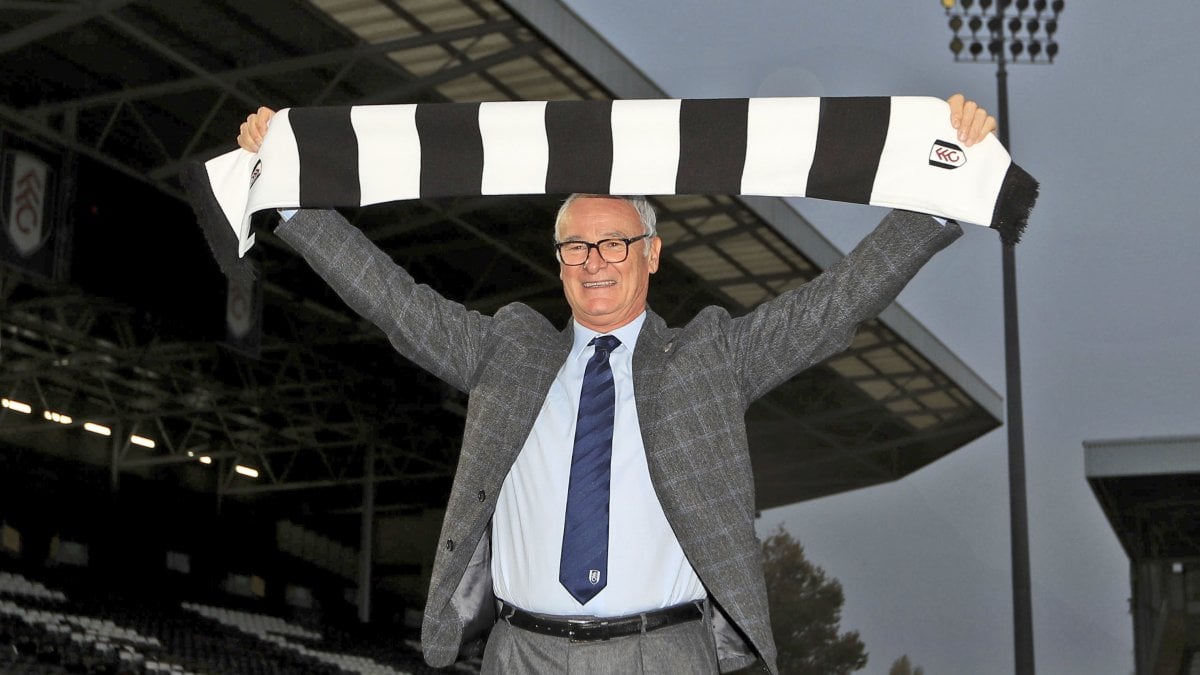 LONDON – "I'm crazy but I'm not stupid". That's why Claudio Ranieri is back. He returned to training in his beloved England, in London, where he will now face the fifth adventure of a long, unpredictable and perhaps endless career. Another miracle awaits him: Fulham has started very badly in the Premier League, he is at the bottom of the table, and so in the neighborhood everyone is imagining another Leicester style company.

"Forget it," Ranieri replies to the reporters during his first press conference at the Craven Cottage stadium on the Thames, in the district of Fulham, just a few meters from London's house at the 67-year-old Roman coach. "It was a saga, now we just have to work hard and try to save ourselves." But first, we return to Leicester: Premier League's legendary victory, the resounding liberation, the tragedy of the president who died in a crash: "It was an incredible thrill to come back. I know I've done wonderful things there, I still have a lot strong ties with the city, with the fans who have a huge heart. The tragedy of the president has hurt me, even if I sometimes took that helicopter … "says Ranieri with his voice broken by emotions.

From this fable, Ranieri has no regrets: "No, I always take the good part of things and hard work, which to me is everything in life, and at least this is a coach's life: if things go wrong, you have to change coach who happened to me in Leicester. But the Leicester players, who have been accused of fired the Roman coach one year after winning Premier, have made him at least the best wishes for this new adventure? "Anyway yes. .. "answers slyly and with a smile ranieri," yes, someone sent me very beautiful messages … " 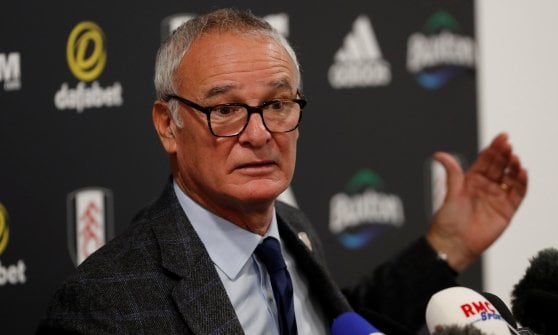 Ranieri during the presentation conference

But Ranieri does not like to talk about the past: "I always look forward, the past is experience for me, I do not remember Yes, I am very ambitious, even in my age: I feel young because I take energy from my players and those from me. I do not need to prove anything, because I think I've reached the right balance in my career and now I'm very happy to be back in the world's best championship where there's respect for everyone, fighting spirit and much high quality ". But why do you like Premier so much? "Maybe for my career as a football player: I was not so technical, but I fought like a lion, that's why I feel at home here."

This time, however, at 67, the challenge is very tough. Fulham, replacing Jokanovic who wanted Chelsea as a player, seems to have resigned after last year's spectacular campaign: "It's not true, we can still save us, I will fill these players but they must show my best. I'm fascinated by impossible companies: every adventure is different, every challenge gives me strength: I remember in Parma, 2007 I took the team in February, all my friends told me "but you're crazy, they're sentenced to B". We were saved on the last day: in Cagliari (1988-1991, from C to A in two years), in the first season of Serie A we were last and we avoided stopping with a trip in advance … ".

Ranieri's philosophy, but also Fulham, who will meet Southampton in ten days ("and I will only have two to prepare the game after the citizens") will be very Italian: "This team takes too many goals, but now with me we come to keep in mind I'm always of the opinion that it's better to play worse and win than to play well and lose as happened to Fulham so far, the players must understand my philosophy. "And they will do it as under the famous pizza pact in Leicester with the players? "Pizza is not enough here," Ranieri laughs, "I need a lot more! I begin to take them to McDonald's, this time we need burgers." But when does Ranieri return to Italy or to a big club in Europe? "I do not know and I do not know why it has not happened so far." You should ask others. "

from our correspondent ANTONELLO GUERRERA

from our correspondent ANTONELLO GUERRERA