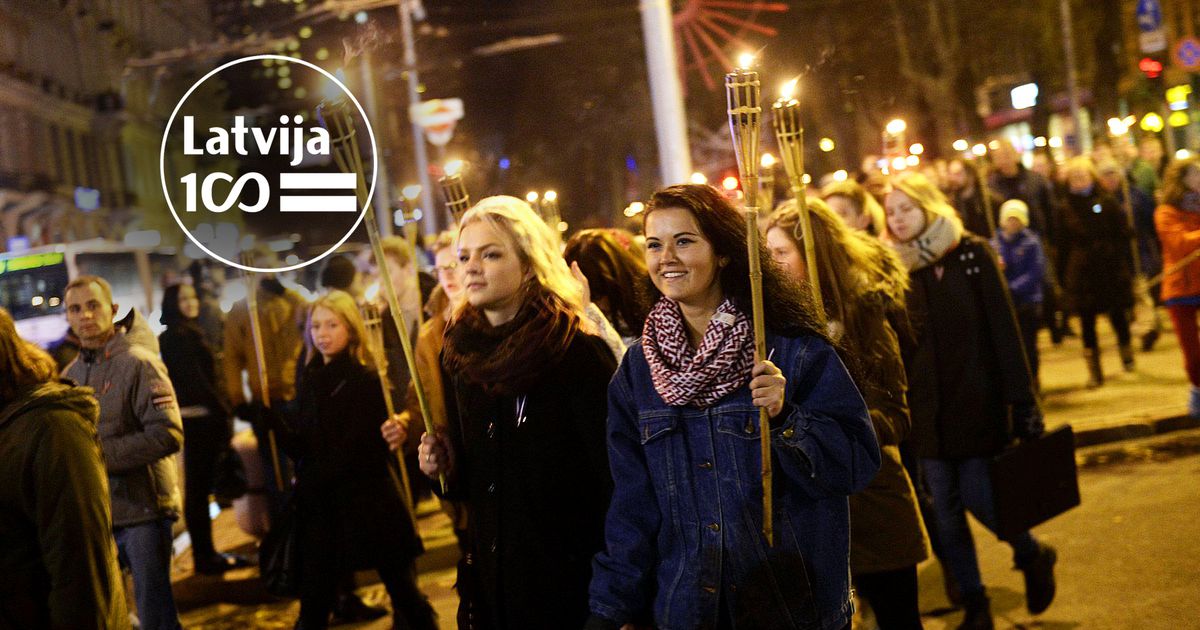 Liepaja: On November 11th at 5pm in Jana Chakste Square, Liepaja and city guests are invited to enjoy the Lacplesis concert with Marija Bērziņa, actor in Latvia's national theater, singer Atis Zviedris and pianist Normund Kalniņš. In turn, from 17.30, all interested parties are invited to attend the torch, so that at 18:00 on a solemn step from John Cakste Square you go to Northern Graves. At the end of the twilight, the memorial event with representatives of Liepaja City Council and representatives of the National Armed Forces will be held at the northern cemetery at the monument to the freedom warriors around 18.45. The musical performances will be performed by Juris Jope, a tenor of the Latvian national opera and the ballet, along with guitarist Linard Schwenk. The program

In the capital, find out the Lacplesis Day events on the castle wall

On November 11 this year, from 18:00 to 12:00 at 22:00, within the framework of Lacplesis Day, a projection glass game "1919 / Latvia's history" is displayed on the facade of the Riga castle. The projection on the evening of November 11th on the facade of the castle in Riga will let everyone track 100 year old events and understand the events of the time in Daugavpils. The historical events from the time of the establishment of the Interim Government in 1918 to the Independence War in Riga on November 11, 1919 will be reflected in a simple and understandable manner. Ten-minute history gives you the opportunity to learn both the history of independence and the Latvian people's popularity and determination to defend their country and government.

This year at the Lacplesis Day concert in St. Petersburg, the National Guard Choir of the Republic of Latvia will perform "Stars" led by leader Arija Skepasta. The concert program contains pieces from the concert series "Latvian composers of Latvia's Hundred Years", dedicated to the Centenary of the State Academic Choir, as well as the original Arija Šķekada's own songs, folklore and arrangements. The concert will also contain compositions of Imant Kalnins, Uldis Mariļevičs, Raimonds Tiguls, Valta Pūces, Armanda Strazda, Karlis Rūtentāls and Janis Aispurs. Entrance to the concert: from noon 15:30.

VEF Kulturpalatset this year will celebrate the Lacplesisdagen in memory of November 11th, when November 11, with an ambitious nightly concert, the Skyforger legendary group will climb to the lovely emotionally charged view of the events of Lacplesis Day in Latvia's history. In the concert, the Skyforger band will play the compositions of its Latvian Latvian Strēlnieki, remove listeners during World War I, and tell about hard battles in Riga, Lozmeeting Hill, Death Island and elsewhere in Zemgale, the heroes of artillery that protect Latvia's country against foreign invaders. Shortly before midnight, at noon. 22.30 Visitors to the anticipated event with songs of Latvian riflemen and freedom fighter soldiers, prompt Latvian soldiers will warm up the special guests of the event – the group of wolves Vilki.

November 11 From 20:00 to noon At 22:00 we invite you to the Lacplesis Day event "A quiet evening in Daugavpilsna" at the Savior's Church in Anglican, Riga. The event will be opened by organist Kristine Adamaite with outstanding musician opera singer Ieva Parks and saxophonist Arti Sīmanis. The concert program "Singing a New Song" will be performed by Latvian composers Andrejs Jansons, Aivars Kalē, Madara Kalniņa, Ilze Reine and Selected Zilvera.

Premiere for the centuries-old film "The White Tribes"

In the evening of the Lacplesis day, the Latvian television program will offer a premier of television for the popular film documentary "The Baltic tribes" of the Abeļi brothers, created by the National Film Center "Latvia's Latvian film for Latvia". The Last Gentiles in Europe. "The film has also been nominated for five nominations by the National Cinema Awards" Big Kristaps. "The" White Tribes "is a history of the nations from the 13th century, which later formed the Latvian nation. The events that allow the viewer to learn know each of the tribes will be solved around the main character of the film, the trader Lars of Gotland. He went on a journey through the countries where the Curonian, Latgallians, Selyas, Zemgalis, Nonner, Riding Gables, Gallindas, Uplands and Samogitians live. as Lars meets at that time, reached his highest level of development. Historic reconstructions and scenography combined with computer animation and the text from the underlying scenes of scientific experts make it possible to look at the last heathens in Europe, the ancient people of the Baltic Sea.