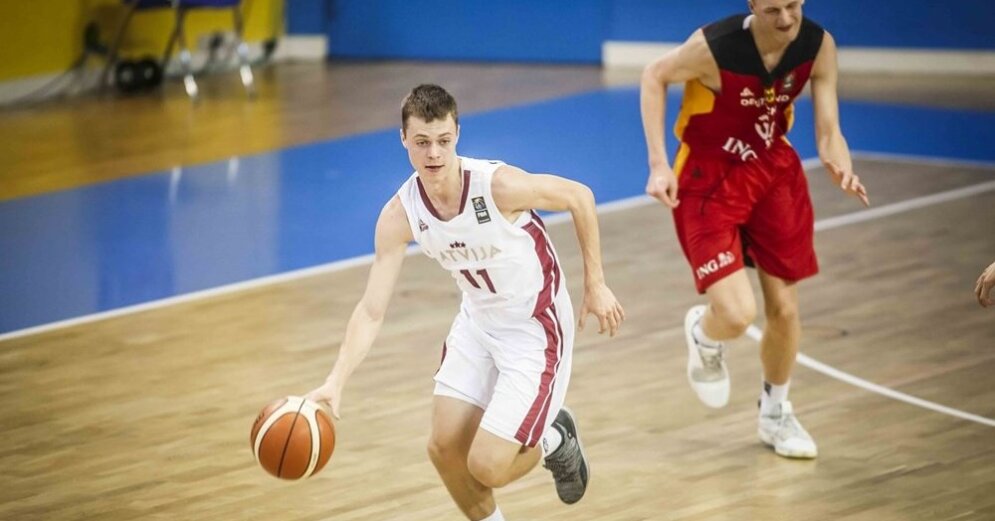 In the decisive battle for a place in the elite division, the Latvian national team led by Agra Galvanovsky took a decisive lead in the second quarter, defeating Germany with 79:67 and finishing with two wins.

The Latvians started with a 10: 2 lead and a 15: 6 lead after Bree's shot, but the German team almost caught the opponents, reaching 13:15. The second quarter also started off better for Latvian basketball players who methodically increased their lead. In the 15th minute, Kļanskis converted a three-point lead to 32:22, but at the end of the half, Raivo Butirin reached 49:28. In the third quarter, the difference between the two ranged from 15 to 19 points, but in the last game, the Latvian lead at one point dropped to seven points – 69:62. For the German offensive, Latvian cadets responded with a 10: 0 breakthrough, essentially eliminating the question of the winner of the game and celebrating success with 80:67.

The Latvian youth basketball team had lost 19 consecutive matches in the European Championship division this year, but cadets broke the losing streak and celebrated victory in their last two championship games.

For the Latvian team, the tournament was not successful as they lost in all subgroup games. In the first, 56:76 recognized Israel's superiority, in the second 51:87 they lost to Spain, but in the last game 53:64 they lost to Northern Macedonia. Italy lost in the playoffs in the playoffs with 62:82, Lithuania was captained by Lithuania in the quarterfinals with a place of 9-16 with 63:93, and Estonia's teammates with a score of 71:62 in the semi-finals

In the European Championship competition, the team led by Agra Galvanovsky had a total of ten Test matches this summer. There were two losses to the Polish and Russian team, victory and loss to Finland and Estonia and one to Lithuania and Germany.

Latviers reached the quarterfinals of the previous two years and took eighth place. Since the restoration of independence, the Latvian cadet team's best performance was second, won by head coach Janis Gailitis in four Latvian cities in the summer of 2014.

Latvia is the only country in Europe to have participated in the U-19 World Cup this summer in both boys and girls competition as well as in the European Championship A divisions in all six groups. True, U-20 and U-18 basketball players lost their place in the elite.