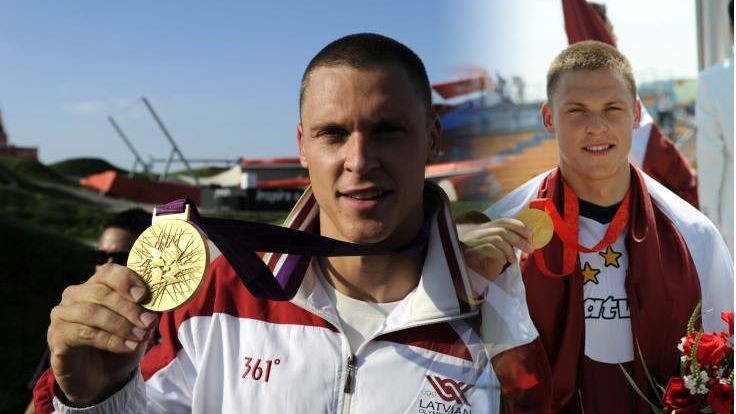 "It's not easy to say goodbye to what I've done since I was five, but it's time," said the athlete on his Facebook profile. "I'm grateful for what sport has given me. I have no regrets and can not wait to see what's next."

Stromberg won the Beijing Olympic Games in 2008, but in 2012 he repeated his success in London, but in 2016, Rio de Janeiro could not adapt to the track and remained unproblematic. This year, the athlete only participated in a few starts and long said that he has not yet decided on the future.

By 2019, the European Championship will take place in Stromberg's hometown of Valmiera, but this athlete has not been a sufficient incentive to extend his career.

"I said then I will run as long as I'm competitive and it's over. In April, I can think I'll be back and probably take the lead to OS 2020, but when my son was born and I looked at where I currently have BMX, I realized it was a hobby. I've been away from the wheel for 5-6 months, I'm mentally present somewhere else, "Stromberg spoke to podcast HighLow BMX Podcast.

The last big start of Stromberg was last year's World Cup, where he stayed at the eighth finale. "In this competition I went to the beginning with the idea that they will get the playoffs for me and give back all that is. Physical was all good, but I went with anger and ended a lot faster than I wanted. After such a start I do not immediately report anything. I think I will be back in 2019, but things have changed, "Stromberg said." I will not leave the sports immediately, I have planned training camp, but this will not be full time for me. I'll do it so it's fun. "After the 2020 OS, I decide if I want to stay in the industry."

Significantly Stromberg never won the Latvian championship. "I tried in 2014, but everything went wrong on that day and left the other. In 2016 I won Latvian Olympia and the next day there was a Latvian championship with only four guys. The competition took place at the end of Latvia, I had to go two hours and decided, it will be next year. "