Much suffering in this sector 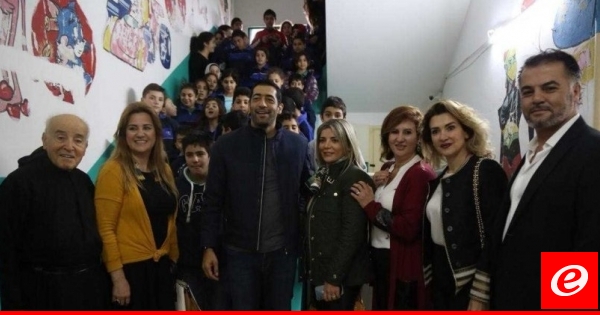 A member of the Lebanese battalions MP Elias Hanaksh toured a number of public schools with a delegation from "Friends of the Official School of Metn" in an initiative to investigate their needs and discuss with their departments how to develop and support them. To attract and attract as many students as possible in the region.

"There is a lot of suffering in the formal education industry, and the education department has to allocate a higher budget to this sector, because public schools are qualified and just need development," he said, referring to the issue of Syrian refugees in public schools. All our respect and commitment to human rights treaties, but not at the expense of Lebanese students, "notes that" there is pressure the Ministry of Education is pursuing to accept the largest possible number of Syrian students who put schools in front of the pressure of absorption. "

"You can be future entrepreneurs, you can invent new ideas and achieve all your dreams. It's good to find jobs, but it's also important to innovate," he said. "He urged students not to choose migration as a solution to the problems," he said. : "When I was in Tokyo, I got a very good job in the United States, but I decided to go back to Lebanon because I want to leave the country collapsing and I have a hand in the hands of all the young people in the country."