The Lebanese Communist Party: There is no choice but to resist 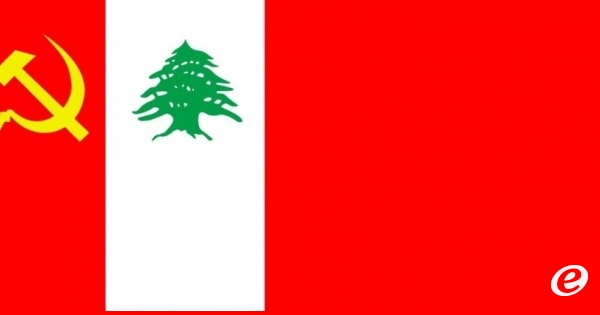 The Lebanese Communist Party demanded "the heroic and heroic confrontation of the heroes of the Palestinian resistance to defend the Palestinian people and the beleaguered Gaza Strip and the rocket response that has reached the depths of occupying occupation." He urged his escalation to include the West Bank and the occupied territories in 1948, and the completion of marches to return to Palestine. "

In a statement, the party stressed "the rejection of this aggression and its condemnation, calling for Lebanon, both broad and public and political solidarity, Arab and international, to support Palestine and the Palestinians and their brave resistance, to all extent." Occupy and unite the various efforts and forces to meet what comes to Palestine, in the light of this Arab reactionary interaction, clear and open. "

He pointed out that "what took place today in Gaza and Palestine is the most important chapter in the implementation of the agreement's humiliation and shame, the business year, which aims to liquidate the Palestinian cause and to open the gate for normalization and alliance with the Zionist enemy in general , The establishment of the apartheid state after Jerusalem is considered to be its capital, the abolition of the right of return and the resettlement, where resistance is occupied and where there is dominance and hegemony, the confrontation must be a clear and clear invitation to all people in the region and the opposition to escalate the confrontation. With extensive national and Arab resistance, facing imperialist forces and in confrontation the Zionist project, which is the head of its war in the region. "