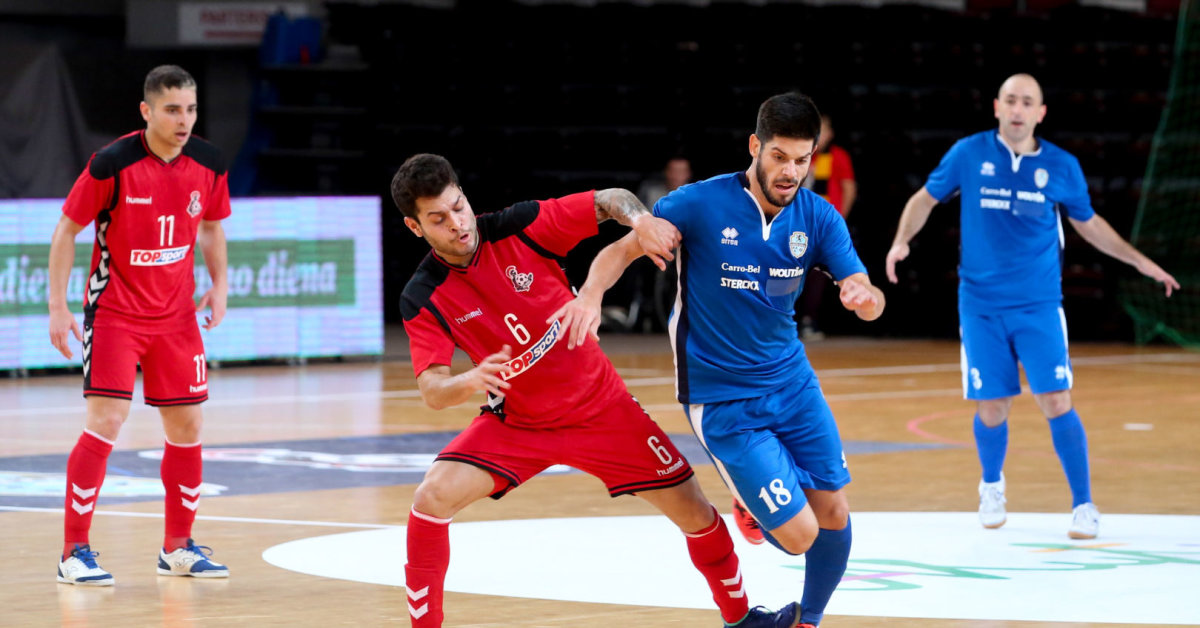 The first half did not come to Kaunas residents. In the well-filled Alytaus arenoje belgais 11 minutes Diogo drove the ball into the net.

Coming to 13 minutes – the same Diogo received a wonderful transfer from the depths, took Vyti's goalkeeper and doubled the difference.

In the 15th minute, Searcho closed the third straight Halle Gooik after another long-distance pass.

The start of the second half, Vytis, managed to make the first goal when Rafa sent the ball to the net from a very sharp angle.

The good mood in Alytus Arena has not taken hold for a while, with Fernandao in 28th place with a fourth goal away. 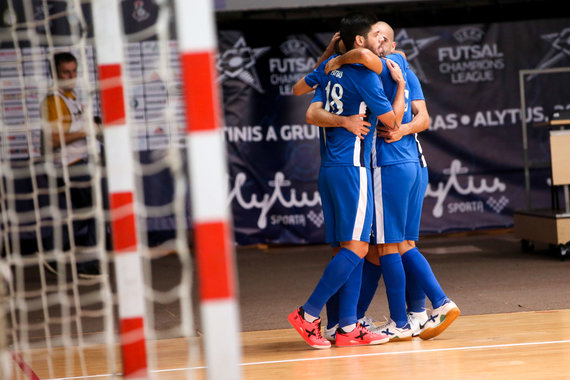 Lithuanian champion at the end of the match changed the goalkeeper to the squad, giving the fruit after 39 minutes, when Barbosa sent the ball into the rectangle of the Belgian gate.

The goal was played by Alessandro Patias, who made the fifth team at the last minute.

In the match's first match on Wednesday, the "Inter" hit the 5: 1 Dobovec club.

It is with Dobovec that Kaunas Vytis will meet on Thursday.

40 min. Belgium has helped. Alessandro Patiasa, who is completely out of action, defusing the goalkeeper. Vytis is back in three goals – 2: 5.

39 min The quantitative gain finally gave the fruit! Barbosa turned the ball into the net and softened the gap – 2: 4.

35 min. Kauna's players changed the goalkeeper to a dangerous pace, but the opponents defended themselves well.

25 minutes Goal! Rafa opens the scorer "Vytis" by a strike from a very sharp angle. The "Vytis" layer decreases – 1: 3.

15 minutes. The third goal in Kaunas gates. One of many good crosses from Søgo on the other hand, had a terrible day. The deficit "Vytis" increases – 0: 3.

14 min. There are two other good "Vytis" occasions, but they still fail to open.

12 min. What chance to have "Vytis"! But Isaac did not use the odds.

11 min. First goal Lost in the ball, Vytis managed to return to the defense, but Diogo dismissed Kaunas goalkeeper. Alytus hosts are behind 0: 1.

8 min. The guests have created a number of dangerous goals in a row, but goalkeeper and trip have saved Vytys.

1 minute. The match has begun! The atmosphere in Alytus is great, while Vytis tried to handle the rivalry.