CSKA without major contributions from N.De Colo did not give much hope to Bavaria 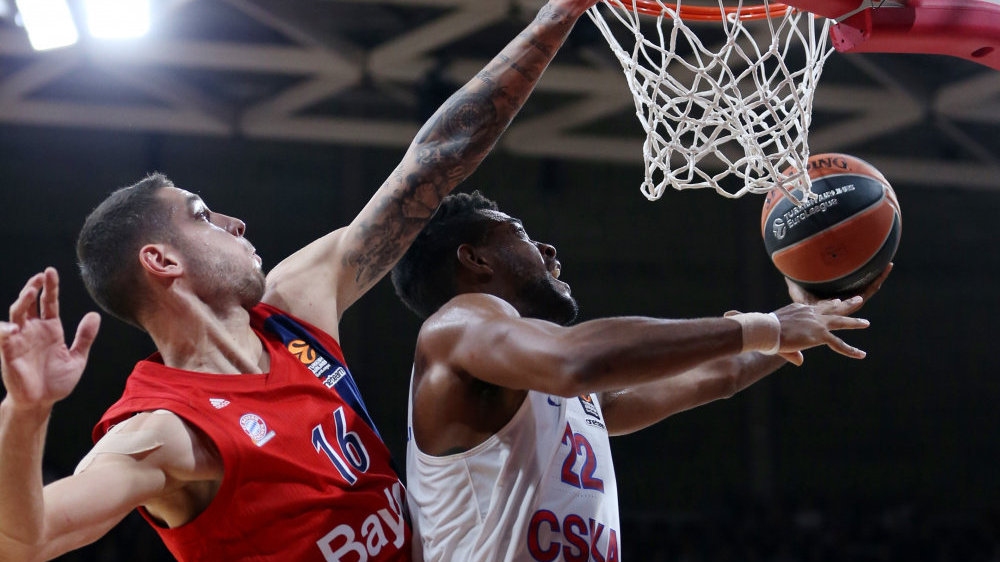 El Chacho goes behind his back and sends a no-pass @ Da_Thrill21It's a thunder dunk! # 7DAYSMagicMoment pic.twitter.com/YnNSb8MiLq

In the CSKA game, they dictated their rules from the first quarter. Even during the second quarter, the difference was solid (41:28) and even without the bigger Nando De Colo's help team was on hand.

Sergio Rodríguez struck the distance and struck a fourth long throw, Cory Higgins took the lead, but on the other side the square answered Vladimir Lučićs and Nihad Dedovic 56:64.

It was true that the intrigue came back for a short while, in the fourth quarter there was no precision for both clubs, and CSKA only consolidated its victory.

The Munich team won 14 points for N.Dedovich and Derrick Williams, 12 for V.Lučičius and 10 for Petteri Koponen. Danilo Barthelz made a great game for the ball (7 points, 11 rebounds).