It is hard to get financial well-being up: the sociologist has assessed who is pushing the wheels 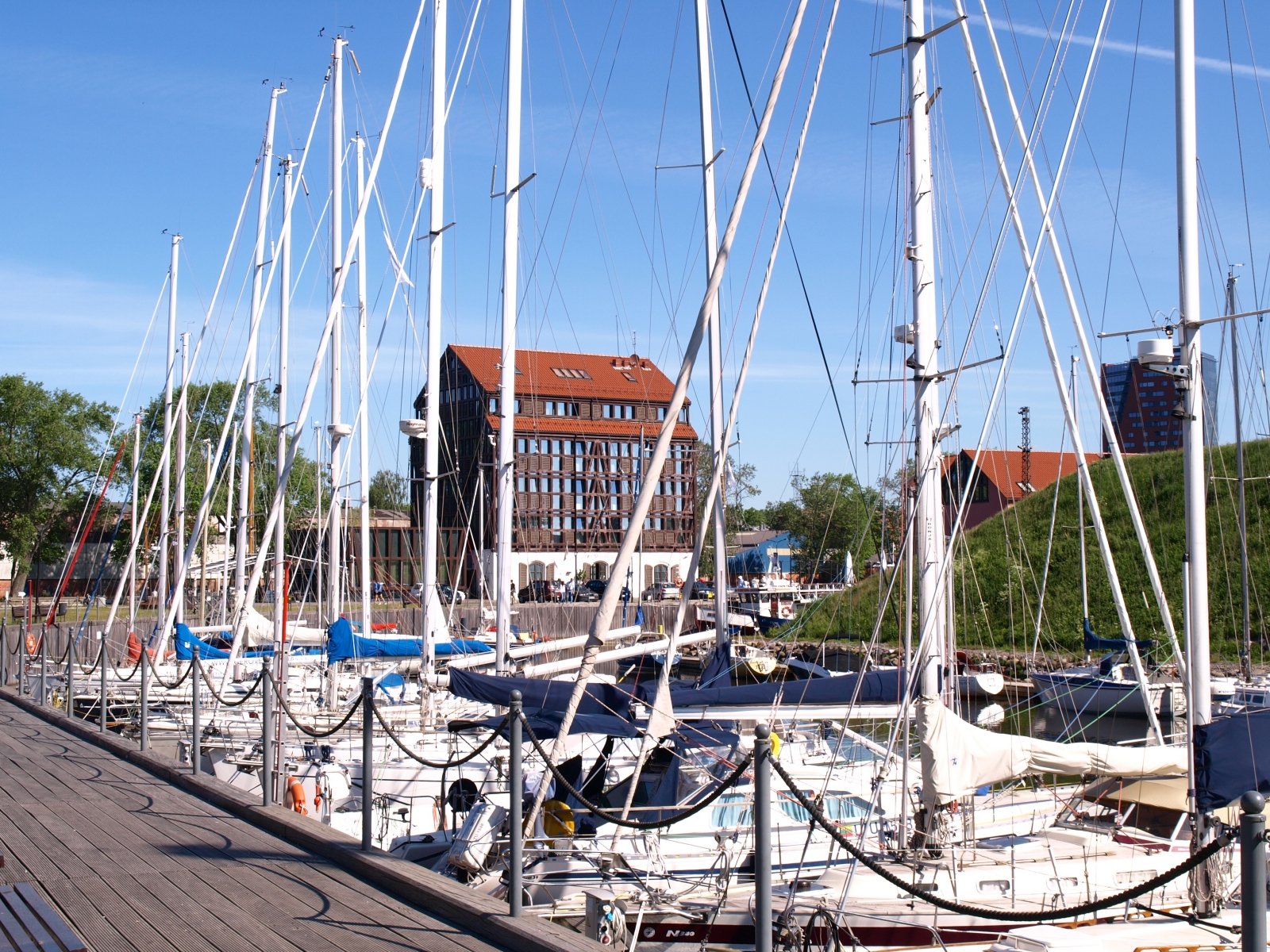 “The pay gap has been noticeable for over a decade, and the gap is widening every year. Why these differences exist is the answer. In Lithuania, we are witnessing internal migration, and a large number of people see the capital as a place where they have the necessary development opportunities, where most educational institutions and foreign capital companies operate, ”explained Greta Ilekytė, Swedbank economist.

Not only capital is lost

She estimates that the population aged 25-34 has not only decreased in Vilnius, but has even increased by 14 percent.

"Compared to Klaipeda and Kaunas, the young population fell by a fifth," the economist said.

L. Kraniauskas, a sociologist, said that not only the port city's economic indicators but also the expectations of young Klaipeda residents and newcomers could determine the decline in the Klaipeda population. 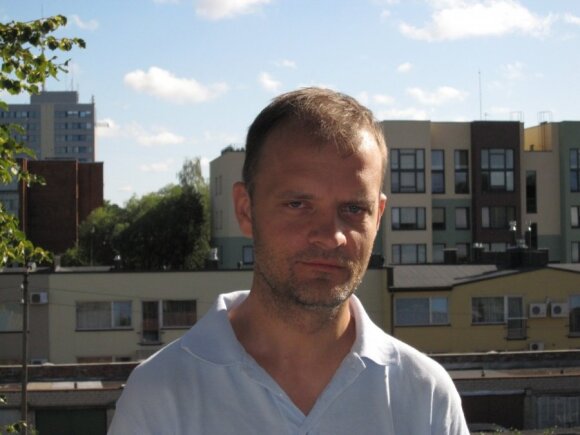 L. Kraniauskas commented that the young man's readiness to meet his challenges – finding a good job, creating financial prosperity – depends on the young man himself, but a poor demographic situation throughout Lithuania.

“When you come to Klaipeda, you realize that there are no major restrictions on what can be done. He enjoys freedom. However, it turns out that the market is too small and unable to generate capital. It can be compensated through recognition, goodwill. But the group of people who could recognize this person is also not enough. It is a syndrome in almost all of Lithuania: the opportunities are great, but the circle of like-minded people, society and the market is too small, ”said the sociologist.

According to him, some people in the port city are unable to establish themselves, so they are preparing for their goals somewhere else: another city, sometimes even a foreign country.

Housing in Klaipeda – a third cheaper

However, some people settle in Klaipeda and they are also looking for housing. Looking at the data from the Center for Registrations, it can be seen that in the first half of this year, only 88 million litas of housing sales were completed in Klaipeda city. Euro.

“Lithuania spent a total of 1.07 billion liters. This would give us approx. 8 percent of the total money spent on housing, ”said Tadas Povilauskas, SEB Bank economist.

Economist G. Ilekytė explained that according to the data in the first quarter of 2019, buyers paid an average of 1,581 euros a year. Square meters in the capital, while in Klaipėda and Kaunas by a third less – 1,033 euros and 941 euros respectively. 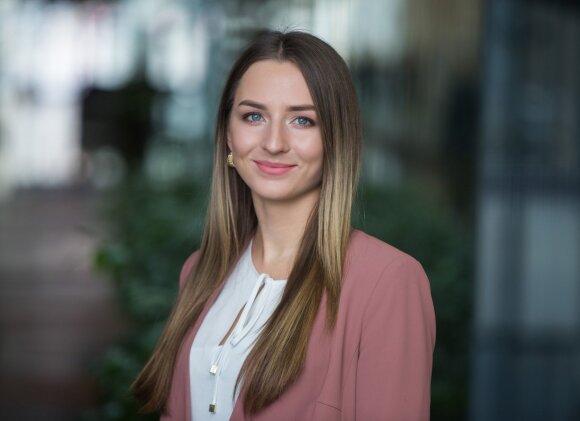 "Rising housing prices, higher consumer demand, higher wages and wages are the main reasons for faster growth in service prices in the capital," she said.

According to sociologist L. Kraniauskas, the fact that Klaipeda is becoming less attractive and that some of the young Klaipėda residents do not choose to live in Klaipėda also cause problems at the port city university. According to him, the University of Klaipeda in 1990-2000 was created by attracting young people communities. He was also able to gather intellectuals.

"There is now a tendency to lack funds to attract young intellectuals," he said.

L. Kraniauskas explained that the port city of higher education is also concerned that business is trying to dictate which professions to be educated.

“You understand that Klaipeda, which is hardly comparable to Vilnius, is losing its position because the business order is to prepare specialists at the second or third level: industry and industry, engineering, production. These are not economic technologies and virtual products that are accumulating in big cities, ”says Kraniauskas, which is why students choose universities in other cities.

Trade reduces the number of employees

The company may need fewer employees in the industry. According to economist T. Povilauskas, the number of employees is expected to fall in trade. This trend may scare other Lithuanian cities, but not Klaipeda. T. Povilauskas said that in the port city, people who work in the trade business make up 11 percent. These are the lowest indicators after the Utena region.

Is it bad? I do not think that in the future, the number of employees in the trade sector will only decrease due to e-commerce. the effect on trade. It is true that in retail, at least nationally, wages are higher than in the transport sector, but the latter statistics are distorted by long-distance wage statistics because they do not include unemployment benefits, ”he shared his insight.

The economist claimed that the average salary in the city of Klaipeda in the first quarter of this year was 1286 euros before tax and 816.1 euros after tax. 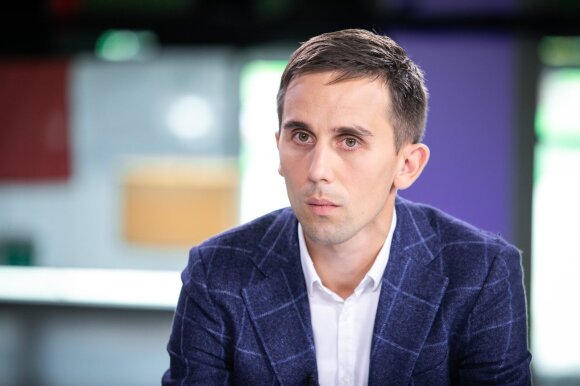 According to T. Povilauskas, the average salary in Vilnius is about 12 percent higher. than in Klaipeda, which is normal given that the capital has a concentrated service sector.

“Why did Kaunas obtain Klaipeda in terms of average salary? I think one of the reasons is that the number of services in the service sector is growing in Kaunas (although the same service centers employing more workers), and I suspect that the declining share of unpaid wages in the country generally increases the official average wages in the Kaunas region. because especially in this region there have always been many companies that do not like to explain everything and especially in the trading industry, ”the economist assured.

T. Povilauskas explained that the distribution of employees in the Klaipeda region at that time clearly shows that because of the port, Klaipeda is characterized by the influence of transport and storage activities on both the labor market and the regional economy.

"The industry employs about 20 percent of all employees, and this is more or less similar to the Kaunas region, but twice as much as the Vilnius region," he said.

How much money is circulating?

According to data from Lithuania's statistics, at the beginning of this year, 317.7 thousand people lived in Klaipeda county. population, including 147 thousand. In Klaipeda city. And how much money is circulating in Klaipeda?

“There are no official data on how the savings are distributed, by city and region, but I have no doubt that these figures will not differ significantly from the region's share of national GDP. With regard to Klaipeda county, approx. 11-12 percent of the country's economy here, ”said T. Povilauskas.