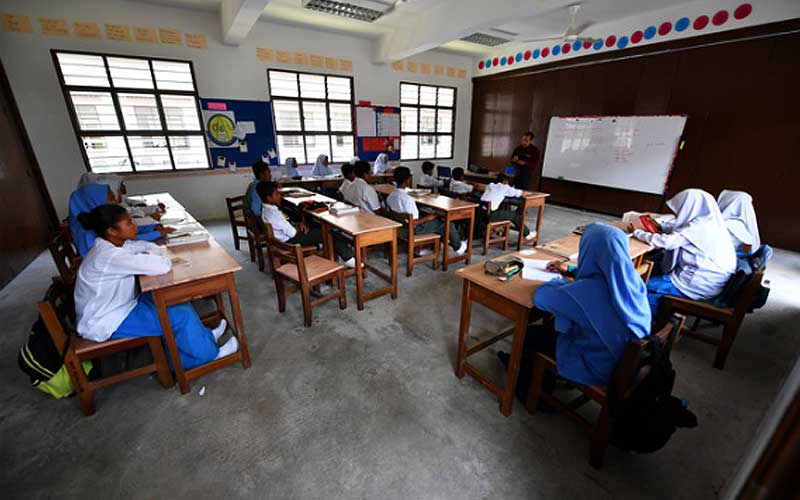 PETALING JAYA: The United Nations Children's Fund (UNICEF) said it is deeply disturbed by recent revelations of teachers seeking sex services from their students in exchange for better grades.

"No child should be afraid to go to school," says Marianne Clark-Hattingh, Unicef's representative to Malaysia.

"Teachers should be role models and encourage children's learning and development, not sexually abuse them.

"All sexual abuse against children is a serious violation of their rights. When committed by school teachers, there is also a breach of trust and abuse of power. Such behavior also discredits the education system."

Unicef ​​responded to allegations from the Malaysian Anti-Corruption Committee (MACC) chief commissioner Mohd Shukri Abdull, who yesterday noticed this as a "form" of corruption taking place in schools.

According to Shukri, these cases had not yet been tried in court because the students probably suffered were not willing to come forward to testify. This was because they were afraid that their identities would be revealed, he said.

Education Minister Maszlee Malik has since responded by inviting the alleged victims to come forward and submit police reports on the matter and verify such allegations. He said the ministry could not act unless this was done.

Maszlee said that his ministry would take strict action against teachers who demanded sex from their students.

Marianne echoed Maszlee comments, saying sexual abuse survivors must be able to speak out without fear of consequences or shame. She added that sexual abuse of children was a crime under the Sexual Abuse of Children Act 2017.

Marianne said it was necessary to do so to empower both girls and boys with the necessary insight and skills to protect them against sexual assault and allow UN agencies and civil societies for a long time to work with the ministry of education to deal with this.

Marianne said that it was high time schools incorporated standard operational procedures (SOP) for reporting cases of this type, saying other students and teachers will also then be aware of what they can do in such cases.

Reports of such kind must also be handled confidentially and immediately she explained.

She added that children must also be trained to know what to do when they are abused and add that many countries already do this.

But she said teachers who abuse children "need to go".

"They should be charged for that crime."

Assistant Women, Family and Social Development Minister Hannah Yeoh told FMT that she was surprised when she heard about Shukris statements and said she did not know that the "rat" ran so deep.

"That's why the education ministry has an urgent need for reforms.

"Everybody needs to change and improve, not only teachers but also parents. This is a need for change within the ministry as well," said Segambut MP.