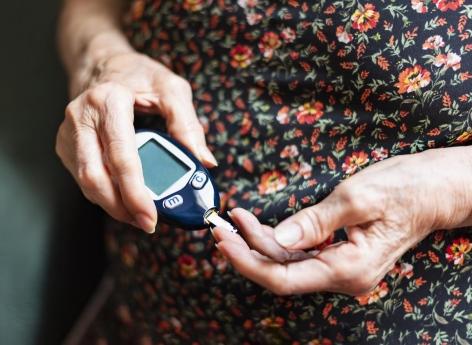 Based on a Mayo Clinic study from Rochester published in the journal Mayo Clinic ProceedingsMany Americans with diabetes receive too much hypoglycemic treatment, which increases the risk of severe hypoglycemia with abnormally low blood sugar levels.

"Hypoglycemia is one of the most common adverse effects of diabetes treatment with immediate and long-term health consequences," says lead author Rozalina McCoy, "Severe hypoglycemia is associated with mortality. Higher and increased risk of cardiovascular disease, cognitive impairment, decline and bride ".

According to the results of the study, people with diabetes often receive too much treatment in the US compared to what their A1C hemoglobin levels require.

In the cohort of patients examined, these hypoglycemic treatments, which were too intense, led to 4,774 admissions and 4,804 emergency room visits over a two-year period.

More broadly, researchers estimated that 10.7 million adults with diabetes had A1C hemoglobin levels within the recommended range (less than 7%). Among them, 22% reach these levels thanks to intense hypoglycemic treatment. This means that 2.3 million people with diabetes received too much treatment between 2011 and 2014.

In France, 5% of the population takes medicines for diabetes

"There is a need to adapt the treatment to the patient's clinical situation, psychosocial situation and the reality of everyday life to ensure that they align with their goals, preferences and values," explains McCoy.

In France, in 2016, 3.3 million people were treated pharmacologically for diabetes, or 5% of the population, according to figures from Public Health France.

Interested in this topic? Come and discuss it on our forum!