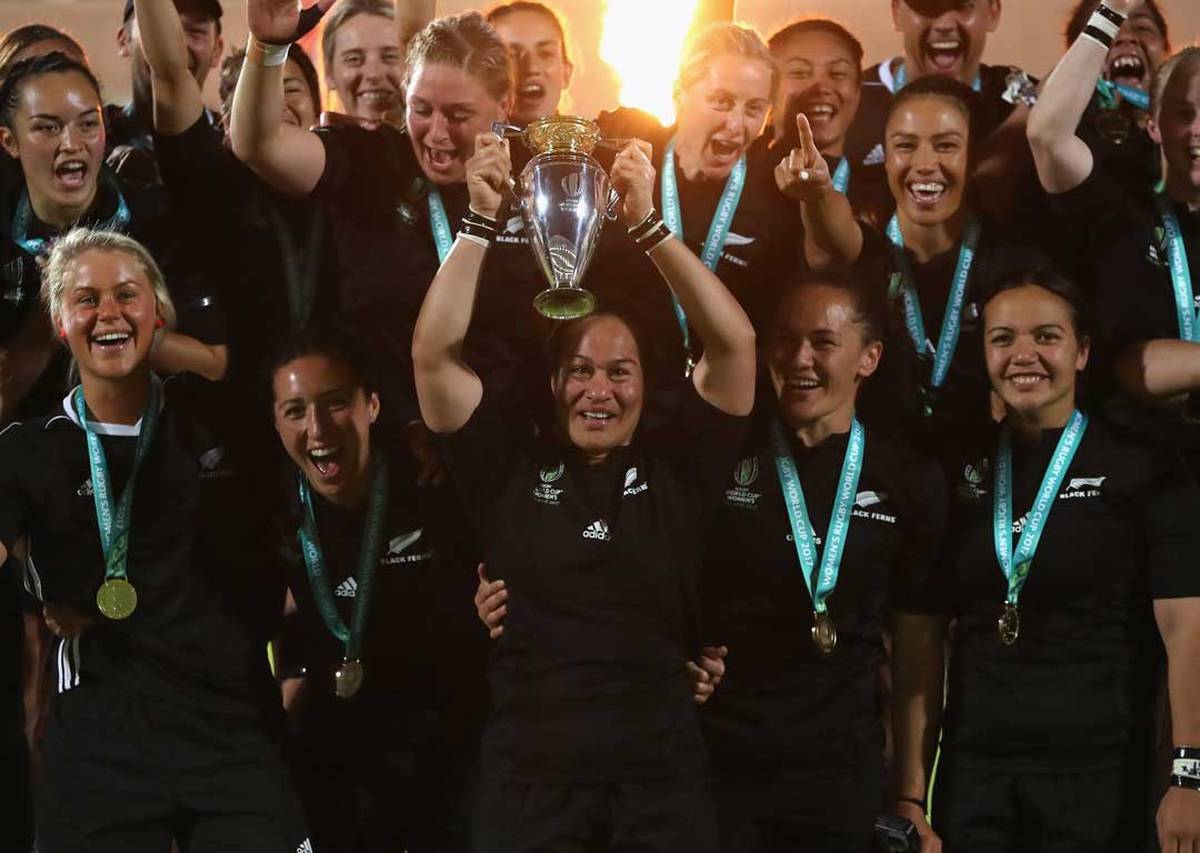 Farah Palmer struggled to contain emotions after her passionate presentation contributed to securing New Zealand the right to host the 2021 Women's Rugby World Cup, the first one staged in the Southern Hemisphere.

Black Ferns, five-time world champion and currently preparing to meet France in Grenoble, will finally get the chance to play in a home world cup, the ninth pinnacle women's event in history.

NZR's CEO Steve Tew and former All Black's doctor Deb Robinson also participated after a combined group worked behind the scenes on bids for the best part of 12 months.

In the end, New Zealand managed to comfortably defeat Australia, the second formal challenger to host the tournament, 25 votes to 17.

"I'm over the moon," said a brilliant palmer. "This is about the driving force we have for women's rugby. With Black Ferns based in Aotearoa, New Zealand, we concluded that if you played women's rugby you would like to come to New Zealand.

"We are always looking forward to the Women's Rugby World Cup and then we will come home and say" when will we get this back? " "This is something we've longed for, and the time is right.

"I spoke with feelings and passion and said this is what it means to us."

"I am very pleased that the event will be held here. New Zealand is home to women's rugby, Black Ferns caught our fantasies again when they won their fifth World Cup title last year and the whole country will come behind the tournament and all teams participating in 2021, says Ardern in a statement from the South East Asia Economic Forum.

Matches will be held in Auckland and Whangarei – Waitakere Stadium, Northland Events Center and Albany – from July to August, with last and possibly semi-finals played at Eden Park.

The offer also included a pledge to run a Pacific Nations tournament in addition to the World Cup, with the goal of releasing that region's unused female talent.

"We want to do what we can to grow women's games in Oceania," Palmer said. "This will only give us an opportunity to do that.

"Although we are very passionate about women's rugby, very few of our fans have seen the Black Ferns at home to the best in the world.

"I think I laughed and cried during the men's Rugby World Cup final in 2011 so I'll be in a similar state if that's the case.

"This is not just some superficial things we decided to do at the last minute. We have worked for it. We have invested a lot in women's games, we have Black Ferns contracted now, we have a really good program with Provincial teams.

"That's why I think timing is right."

Palmer has a six-year-old daughter and can not wait for her to witness the tournament.

"I'm really looking forward to seeing the best of these female rugby players on our home turf, so I'm driving now."

"You are listening to the presentation and it is passion for the sport," said Beaumont. "Everyone knows what rugby means for Kiwis. It's in their DNA. It came out in the bid.

"If I was a kiwi, I would think it's coming home."