Halden to the historic cup final 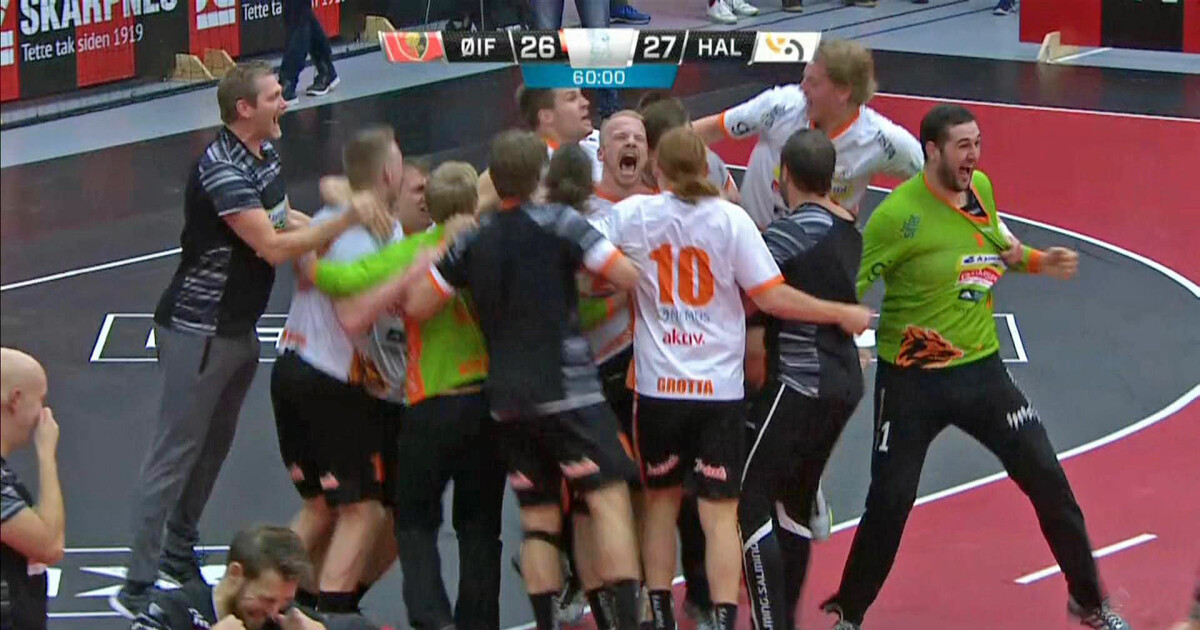 See thriller end at the top

Haldens handball heroes have never been in the cupfinal before. On Tuesday night they beat Arifal 27-26 and got an opportunity to appear in the finals.

"You almost did not think when you got injured?"

"We are a warrior boy. The more of us who fall away, the more you just have to go to war. That's what we want to be called warrior Kristoffer Henriksen, who became the matcher, told TV 2 after the match.

The cup final will be played December 29 in Oslo Spektrum.

Halden opened weakly and at once were three goals behind, but in the break they had worked a 14-12 joint in Arendal.

The administration hurried quickly after the rest, but it became very even in the game.

When it was ten minutes left, Halden led 22-21. Arendal took a timeout, but Halden responded by increasing to 23-21 at Kristoffer Henriksen.

The closing minutes were intense and entertaining. Arendal was driven to be updated. They succeeded when Sondre Paulsen sat 25-25 on penalty two and a half minutes before the end.

One minute and ten seconds before the end – with Halden lead 26-25 – a new timeout was taken.

Sondre Paulsen settled to 26-26 with half-time again. Halden had a match ball and took a timeout with 17 seconds left.

Kristoffer Henriksen got the ball in for the lead. Arendal missed his chance at André Lindboe – and Halden secured the last place.

Lindboe became very disappointed after the match and named his own effort as "junior fight". He told him he should never stop so fast in the last rounds, but thought he had less time.

"You play for some of the fatest in Norway. It's crazy annoying. It should not be all," said Lindboe to TV 2.

ØIF Arendal was in its only cup final until 2014. Then they beat Bodø.

On Wednesday, TV 2 Sport 2 and Sumo send the second semifinal, which lies between Bækkelaget and Elverum.