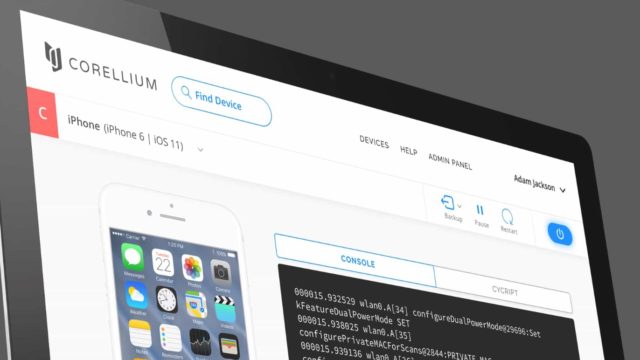 Corellium is now being sued. – They have no right to do this.

Did you know that there is a company that offers a virtual copy of Apple's mobile OS? We don't blame you if the answer is no.

Most of us don't use iOS in a virtual environment (virtual machine), but for security researchers (and hackers) such a tool can be worth gold. Running the operating system opens almost a wealth of possibilities. For example, one can identify security holes and detect other errors.

But is Corellium really allowed to offer an iOS clone for such a purpose? No, says Apple, which has now sued the company. The lawsuit was brought before the United States District Court for the Southern District of Florida.

Apple claims that Corellium has stolen iOS down to the smallest detail.

– Corellium has easily copied everything: the code, the graphical user interface, the icons – yes everything, Apple writes in the lawsuit.

Further on, the company writes:

«Corellium explicitly markets its product as one that allows you to create "virtual" Apple devices. For a million dollars a year, Corellium even provides a "private" installation of the product to any buyer. There is no basis for Corellium to sell a product that facilitates the creation of perfect copies of Apple devices for anyone who wants to pay".

Apple is especially critical of Corellium not requiring customers to report detected iOS vulnerabilities. This causes Apple to fear that the information about any gaps will end up in the hands of people with one intent.

«Although Corellium paints a picture of itself as a company that provides a research tool for those trying to find security gaps and other shortcomings in Apple's software, Corellium's real goal is to make money on a blatant patent infringement. Corellium encourages its users to sell all discovered information about the open market to the highest bidder".

Requires the clone to be destroyed

Apple points out that they don't mind looking for gaps in the software.

«The purpose of this lawsuit is not to deter honest security investigation, but to terminate Corellium & # 39; s illegal commercialization of Apple's valuable and copyrighted works. In line with this, Apple is respectfully seeking a decision to stop Corellium's obvious patent infringement".

Does Apple have a good case here?