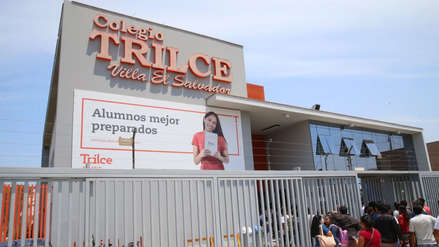 On Tuesday, a verdict was initially given against the minor in the case of Trilce school. The teenager who took a gun to the school where he shot two classmates, one of whom died, was declared the author by Wrong death to the legal heirs of the victim.

In addition to making a payment of S / 35 000 "In favor of the legal heirs," the measure "socio-educational limited freedom" was imposed for eight months. This requires the child's daily participation in the Youth Center for Teenage Counseling Service (SOA) of East Lima to receive guidance and other measures established by the interdisciplinary team.

the attorney Walter Ayala Gonzales He appealed the verdict and made his motives known: among them he explained that the distance between Villa El Salvador and Santa Anita. The teenager lives and studies in the said first district.

“Until the child arrives at his house and has lunch, the day is over. Then to fulfill the mandate, the child would stop studying, ”the lawyer said. He also noted that the teen is receiving special psychological therapies and The public ministry.

"Therefore, we request that the measure to be introduced be varied into a penalty for assisted liberty which is more agreed and real for the rehabilitation of the child," he argued. Ayala Gonzales.