LM: Cristiano Ronaldo can be suspended for his behavior 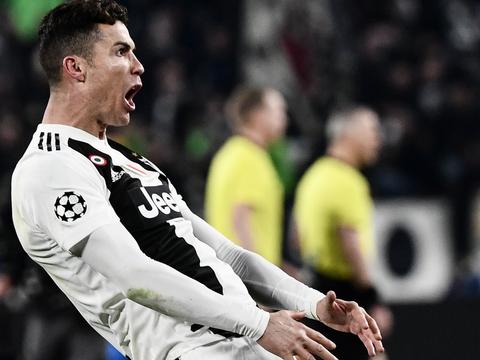 "At the request of the UEFA Discipline and Ethics Committee inspector, disciplinary proceedings have been initiated after the Juventus fight against Turin with Atletico Madrid" – UEFA informed. The study relates to "inappropriate behavior".

Cristiano Ronaldo after the match against Atletico Madrid celebrated the victory and grabbed the step and thus referred to the analog "Cieszynka" Diego Simeone from the first meeting, which Rojiblancos won 2-0. The Argentine coach had to pay a penalty of £ 17,000. In the case of Cristiano Ronaldo, the penalty can be higher, and in the worst case, Portuguese can be suspended and not play in the quarterfinals with Ajax Amsterdam.

Juventus Turin will play against Ajax Amsterdam in the Champions League quarter finals on April 10 in Holland and April 16 in Italy. The winner of this tie will play in the semi-final against Tottenham or Manchester City.