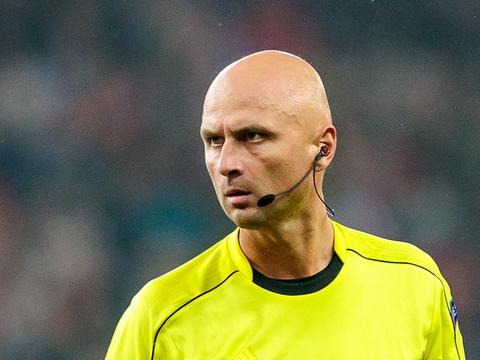 The Polish national team in the first edition of the UN League is doing very badly. Biało-Czerwoni in three games won only one point with the representation of Italy. The result is that they will fall from the elite, but they are still counting in the fight for the first basket during the European Championship 2020 elimination competition.

Portugal is in a completely different situation as it leads in the group, and the match with maybe or maybe not a match for the campaign to the last four. It depends entirely on the outcome of the Portuguese match with Italy.

On Saturday, UEFA appointed a judge of the meeting with the participation of the Polish national team. It will be Sergei Karasiow from Russia. The side owners will be Igor Diemieszko and Alexei Luuniov, Sergei Ivanov and Vladimir Moskalov will play the role of judge and the technical judge will be Valeri Danchenko.

The Polish meeting with Portugal begins Tuesday at 20:45 in Guimaraes.