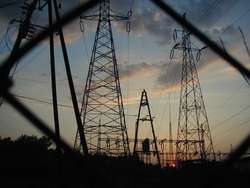 On Friday, the city hall in Olsztyn informed about the signing of the agreement to provide energy to the city and its partners. The news is not good, because the city will pay 60% for electricity more than in the past year. The issue of our energy costs is commented not only by the nationwide media but also by Janusz Piechociński.

Janusz Piechociński, former Deputy Prime Minister and Minister of Economy, uses the example of the agreement concluded by Olsztyn and his partner to ironically pay attention to the fact that Prime Minister Mateusz Morawiecki's assertion of the situation improved.

Remember that electricity prices have risen for some time. Energy Minister Krzysztof Tchórzewski said in an interview for "Rzeczpospolita" that his department is aware of the severity of problems caused by the increase of energy prices and plans to introduce a package of protective solutions for citizens and industrial consumers. A special law would compensate households for electricity costs. Should this be difficult to predict today, but the information from Olsztyn Town Hall does not fill us with optimism.

We already know that Olsztyn will pay 60 percent for electricity. more than last year. The contract, signed by Olsztyn's chairman on behalf of companies belonging to the group, guarantees lower prices than those that follow from price lists. Enea will be a power supplier next year.

"There is certainly a significant increase in electricity prices," concludes President Piotr Grzymowicz. "That's why group purchases are so important. Certainly, they allow us to achieve better prices than they were offered for each individual unit.

For street lighting and delivery of buildings in 2019, only the municipality of Olsztyn will pay slightly over PLN 16 million. By 2018, this amount was over PLN 10 million.

"We are pleased that the group created by Olsztyns municipality and our group has become partner representative of Enea SA, Natalia Lisowska-Duszak. "We do not hide that this is a significant cooperation, and at the same time a big company.

For the first time, group purchases were conducted on the initiative of Olsztyn Municipality in 2010. At that time, almost 100 units were delivered with electricity. Now their number is 336, compared with 2018 it increased by 34 units. Among the new ones are iławski poviat, municipality Mrągowo and Gmina Gietrzwałd.

"We joined the group because there is much more – says Jan Kasprowicz, Mayor of Gietrzwald. – In addition, a stable supplier guarantees a reliable performance of this important contract.

The largest recipients in the Olsztyn group are the University of Warmia and Mazury, Przedsiębiorstwo Wodociągów in Kanalizacji and the Green Road and Transport Administration in Olsztyn. Elen is also supplied with Trams Elbląski, Municipal Sport and Recreation Center in Elbląg and Marshal Church office.