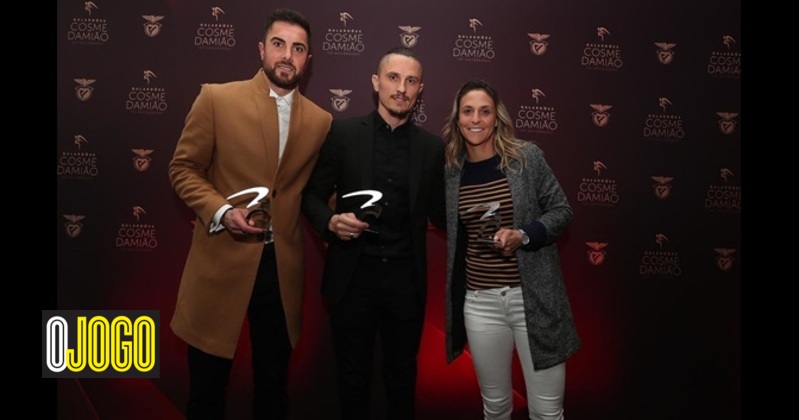 On Monday, Benfica presented the nominees for Cosme Damião Awards on a gala dinner.

The Brazilians Jardel and Jonas are among the nominees in the category of soccer player of the year Cosme Damião Awards, which will be awarded by Benfica within the club's 115th anniversary on March 21st.

Jardel and Jonas are on the list of Serbian Fejsa and Spaniard Grimaldo, all men's main team, with Brazil's Darlene de Souza scoring 84 goals since reaching the ears to complete the category.

The prizes, which will get online voting on Benfica's official website, will be handed over at Campo Pequeno, at the anniversary gala and spread over seven categories.

Portuguese-born Cuban Pedro Pablo Pichardo and Fernando Pimenta are on the list for high-profile athletes, while Gedson, João Félix and Ferro are on the revelation prize list.

Here are the nominees: