EXCLUSIVE Hungary has made soccer teams and plays in Romania! Gross amount received from the Hungarian government 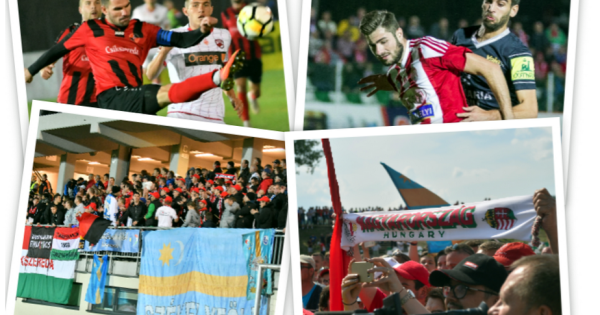 The Budapest government officially responded to a request from the sports magazine and revealed that it financed over 6 million euros in law sepsis OSK and Csikszereda.

Two Romanian football clubs participating in competitions organized by the Romanian Football Association and the Professional Football League are funded directly by the Hungarian government in Budapest. The two are Sepsis St. George, League One and Csikszereda, who are in the 3rd league. The only thing that was rumored was officially confirmed by the forum Viktor Orban, Prime Minister of the Hungarian capital.

Gazeta Sporturilor made a request by post to ask the Hungarian government if he financially supports any football team operating in Romania's territory. The Orban cabinet was extremely fast and gave an answer in just 5 days. The Hungarian Government's response, through the Ministry of Human Resources, at the request of the sports magazine.

"Government Decree 1801/2016 decided to grant funds to Csikszereda (Miercurea Ciuc) and Sepsi clubs (Sf. Gheorghe). According to the government's decree, the two football clubs received 1 billion forints (3.2 million euros)) through the Federative Football Federation Hungaryas a receiver, for the development of sports infrastructure and development of other development projects, especially for the funding of the Csikszereda Academy and St. Gheorghe Academy. Resources have been received properly and the audit of the submitted accounts is in progress. "

So, nearly 6.5 million euros have reached the two clubs, representing two cities in two counties where the population is predominantly of ethnic kids. The huge infusion of capital from Budapest was immediately known, and the development of these bands was great.

Sepsi is promoted, and last year was the revelation of play-out. During the current season there is a draw with the team in 6th place, the last position that ensures the presence in the play-off.

Csikszereda is in the 3rd league but has created a base that competes even with some existing in the league One. In addition, it created a fantastic surprise in the final in the Romanian Cup final: it eliminated Dinamo and will develop on the ground in "quarters".

Orban was a football player

Hungary's current prime minister has an affinity for sport in general and especially for football. In his youth he played football in Felcsut team, and he was now a major supporter to support, through public projects, the development of football infrastructure. Magyar clubs have developed, have all the best stadiums and have reached budgets of over 13-15 million euros. MOL Vidi is close to qualifying the Europa League in the spring, and Ferencvaros recently employed him as coach Sergei Rebrov and paid him an annual salary of 1 million euros. 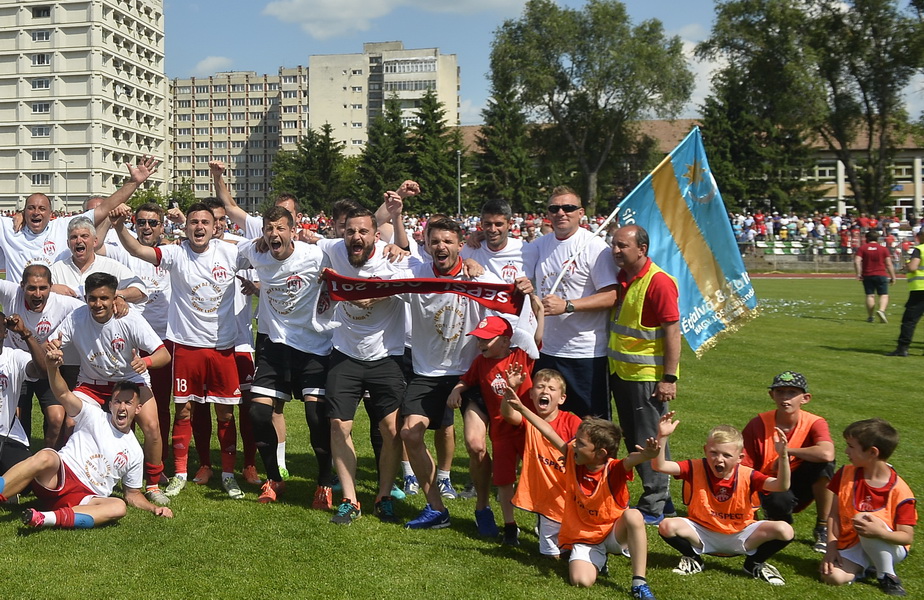 In all matches, Sepsi confronts on its own ground, supporting the stadium's fence flags with Szekler Landmarks. Supporters also play anthem before and end, but also the lyrics of the song Nelkuled, belonging to Ismeros Arcok. Through Szeklerland is a territory formed by the Covasna, Harghita and part of Mures County. 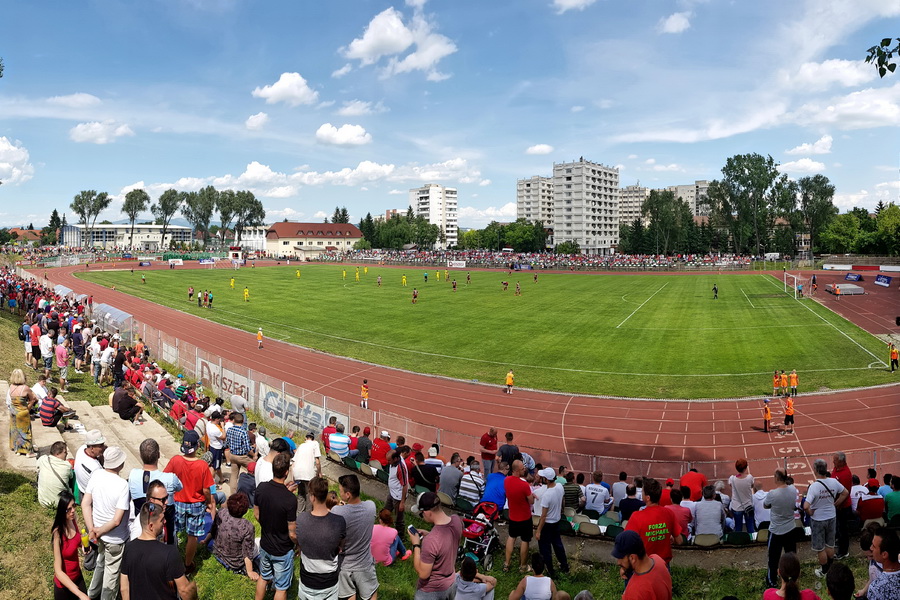 The panels around the court that Sepsi play the championships contain almost exclusively the names of any Hungarian companies. Among them: MOL (gas station), OTP (bank), Gyermelyi (pasta), Dioszegi (bread factory), the last is the Sepsi cartridge business.

What is EUR 6.4 million in Romanian football?

Orban government offered the two clubs in Romania how they received from the youth and sports ministry the first five sports federations from our country. For example, in 2018, the Romanian rowing federation took the most around 1.5 million euros. Less than 25% of Budapest's direction to Sepsi and Csikszereda. 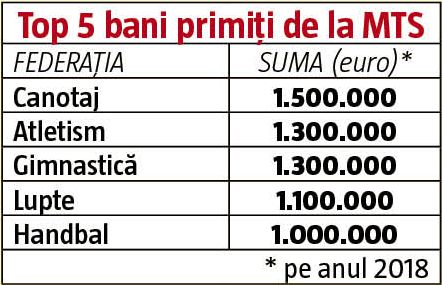 The success of Csikszereda, ovatized by Nemzeti Sport 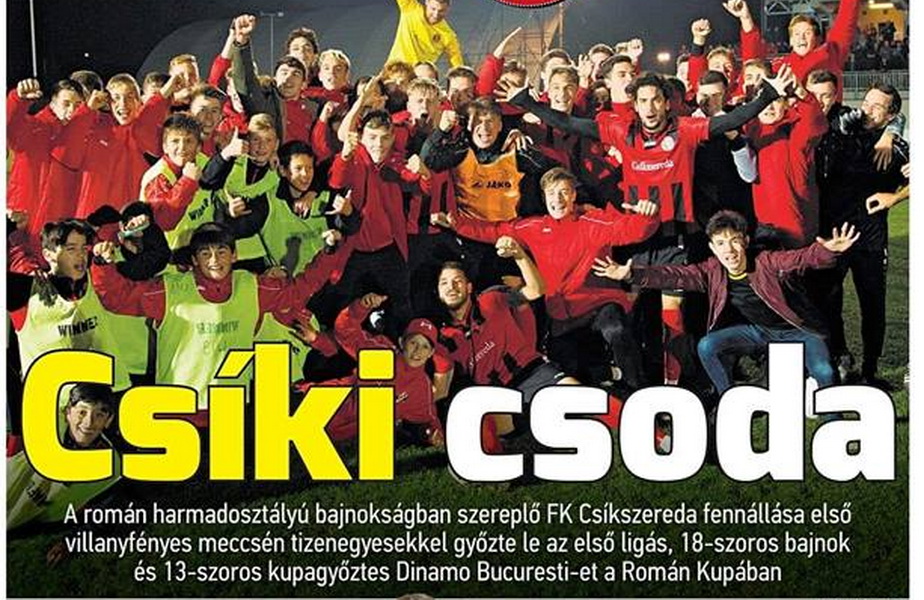 Miercurea Ciuc's amazing qualification in the Romanian quarterfinals, in disrepute with Dinamo, decided the biggest Hungarian newspaper to come out the day after the game, although the game ended almost 22:00 successfully Csikszereda.

The title was "Csiki csoda", translated "Csiki Wonder". In the summer of 2017, in the match that Sepsi played at home and won the league 1 campaign, the Hungarian public record M1 streamed and finally had live performances in the show and the biggest newspapers.