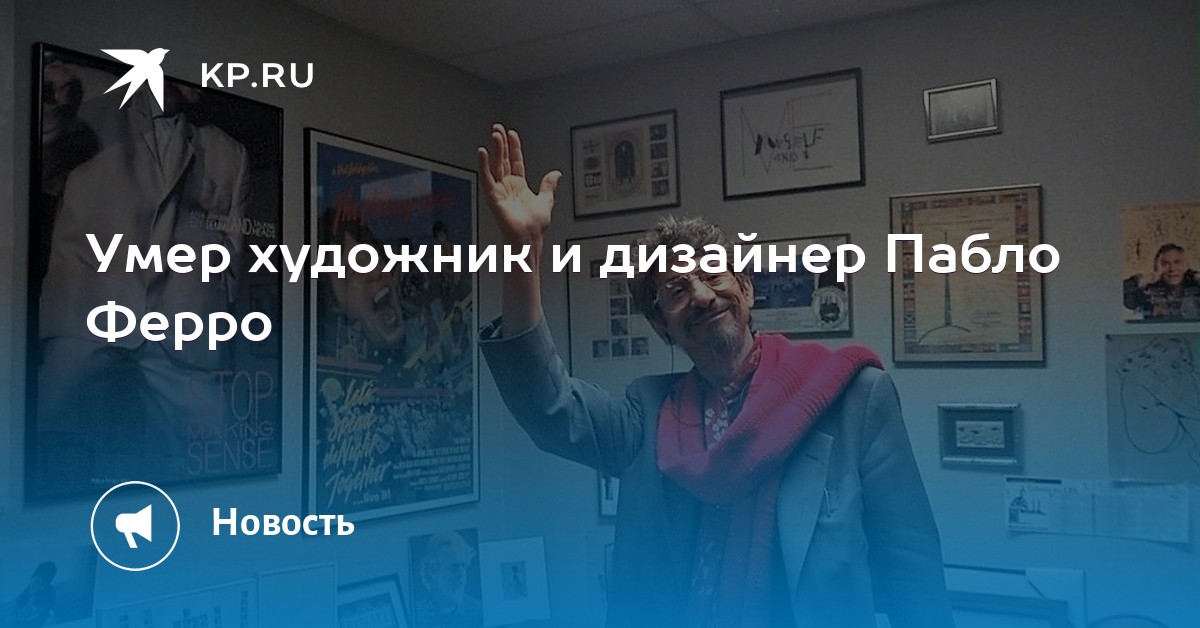 American graphic designer of Cuban origin Pablo Ferro died on November 16th in the town of Sedona Shata Arizona. This was reported by the artist's relatives.

According to The Hollywood Reporter, Ferro died of complications after pneumonia. He was 83 years old. The master had two children, three sisters and one brother.

Ferro started working in the 1950s in an advertising campaign and created video clips. Later, he met Stan Lee and released a series of science fiction series. In 1964, Pablo founded Pablo Ferro Films.

Fame came to the artist after working on the design of the film's title credits Stanley Kubrick, "Doctor Strangelove, or How I Learned Do not Worry Me And Loved The Atomic Bomb" 1964. Later, Kubrick will again turn to him to work on the trailer of the movie "A Clockwork Orange", released in 1971.

Ferro is called the godfather of commercials. He had a hand in the design of such paintings as "Living and die in Los."Angeles, "Bullitt", "Jesus Christ Superstar", "Philadelphia", "Men in Black", "Beet Light", "Clever Will Hunting" and many others.

In addition, he produced and filmed the romantic comedy "I carry my full burden with me" (1992). He was co-chair of the movie The Rolling Stones North American Tour "Let's spend the night together" (1983).