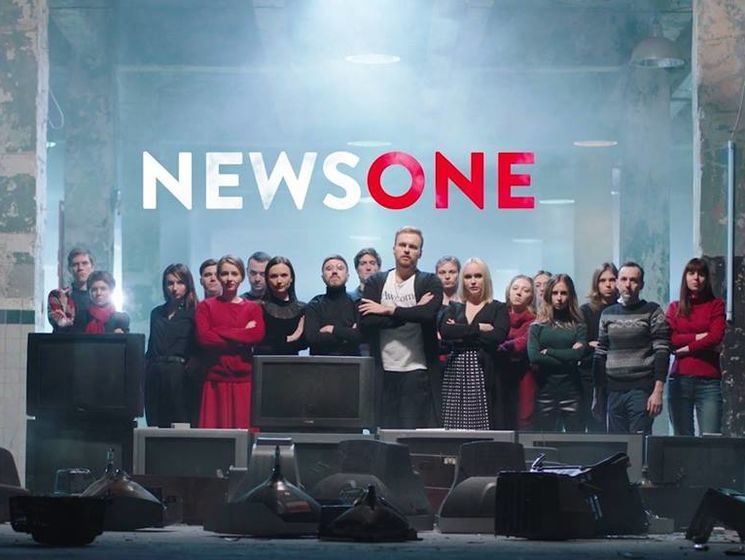 On November 7, 2018, NewsOne sent a map of Europe, where the Crimea occupied by Russia was separated from the mainland Ukraine by color and linked to Russia's borders, reported Ukraine's national television and radio service.

Surveillance of satellite broadcast recorded in company airspace "News 24 hours" LLC (NewsOne logo) Signs of violation of Ukrainian legislation informs the press service of the National Council on Television and Radio of Ukraine on 14 November.

On November 14, the Riksdag appointed an unscheduled field view to the TV channel "to establish compliance with legal standards for the dissemination of objective information, manifestations of war propaganda and the popularization of individual acts of aggressive status that justifies or acknowledges the occupation of the territory of Ukraine as legitimate."

It is noted that on November 7, 2018, NewsOne broadcasted the live broadcast of the Morning with NewsOne program at 09.53 the map of Europe's largest trading partner, where the Crimea occupied by Russia was color-separated from the mainland of Ukraine and attached to the Russian Federation.

"The corresponding map was shown by the sender in connection with a conversation about the subject:" Asks Merkel to change the course on Nord Stream 2. The TV channel presenter called it a graphic reflection of Europe's trading position, but it was not referred to the source, "the National Council continued .

It is emphasized that "the placement in the air of such materials violates the standards of the current legislation in Ukraine."

On October 4, the Verkhovna Rada supported the draft Resolution No. 9157, which proposed the National Security and Defense Council of Ukraine to impose sanctions on 112 Ukraine TV channels and NewsOne. The sanctions give rise to a number of restrictions, including the use of licenses for channels, a ban on the use of radio frequencies and blocking of assets.

NSDC Secretary, Oleksandr Turchynov, stated that the department would immediately consider the issue of sanctions on the "112 Ukraine" and NewsOne as soon as it received the appropriate resolution of Rada. The President of the Verkhovna Rada, Andrei Paruby, signed it on 19 October.

OSCE urged the Ukrainian authorities to refrain from taking "disproportionate restrictive measures against the media".

At the beginning of October, the National Council on Television and Radio Broadcasting issued an indefinite revision from NewsOne regarding the channel's ownership structure.

In August 2018, the owner of NewsOne, the father of Deputy Party Deputy Vladimir Murayev, handed over the television channel to the leadership of former Deputy Vice President of Ukraine, Andriy Portnov. However, at the beginning of October, Yevgeny Murayev, extraditioning People's Deputy, told NewsOne to be sold to a people's deputy from opposition block Taras Kozak. On the same day, Portnov announced that, in connection with ownership, he terminated the agreement on the management of the TV channel.