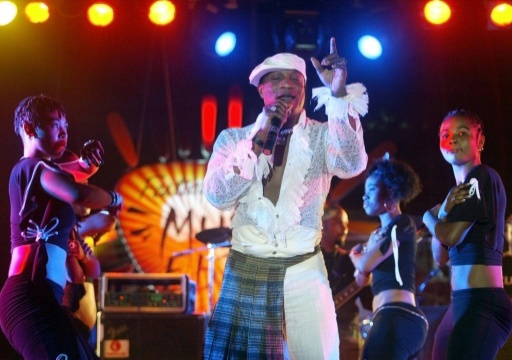 The King of Congolese rumba Koffi Olomide, who was prosecuted for sexual assault against four of his dancers, but absent Monday in his trial in the Nanterre Criminal Court, will be settled after his fate on March 18.

Currently targeting two arrest warrants, a French and a Zambian, the 62-year-old who denied the facts, had suggested in June 2018 that he would defend himself by the announcement of his return to French justice. But he was not on Monday in his attempt, held in the camera.

The defense of two tenors at the bar, Eric Dupond-Moretti and Emmanuel Marsigny, is prosecuted for sexual abuse by violence, coercion, threat or surprise by authoritative person and for kidnappings. Facts allegedly committed in the Paris region between 2002 and 2006.

He also had to appear to facilitate the plaintiff's entry and residence in France and to make them work illegally by underpaying them or even by depriving them.

The private session on the right was requested by the civilian parties. Three of them were present at the hearing.

Their lawyer David Desgranges regretted the absence of the main defendant. "My clients are accused of contradictions, the problem is that Mr Olomide himself has a lot in his own statements" and "I would like to hear his explanations and confront him with his own contradictions," he said. advice to journalists.

The defense lawyers did not want to speak.

Charged in February 2012 for aggravated rapes, the Congolese singer had seen the prosecutors held against him facilitate and the procedure was rectified.

The plaintiffs accuse her of having imposed unconditional relations in France, as in the Democratic Republic of Congo (DRC) or on tour elsewhere.

Facts in the prosecution in France were held in a pavilion Asnieres-sur-Seine (Hauts-de-Seine), where the artist housed young women on the side with concerts or recordings. Without an identity document and telephone, they were held around the clock by three men.

When their boss expressed their desire, one of these guards followed the dancers to him, the hotel or the recording studio more often, they say, provoking reports introduced without a condom. And slap when they fought.

If they refused him, he didn't make them work anymore.

The young women ended up fleeing the lodge one night in June 2006 and filed a complaint in 2007, 2009 and 2013. They never returned to the DRC for fear of retaliation.

Koffi Olomide had quickly returned to his country in 2009 when he learned that a charge had been demanded with a lien on him.

In June 2018, the announcer of his return to the French courts had "greatly" challenged the facts of a Marsigny statement.

The Congolese star, married and father, has already been convicted in the past: Antoine Agbepa Mumba, his real name, was briefly imprisoned in 2016 to give a violent kick to one of his dancers. In 2012, he was also convicted of violence against his producer.

Zambia's justice also seeks him in the event of aggression against a Rwandan foot journalist. Seemed to appear in Lusaka last September, the defendant had not been there either.