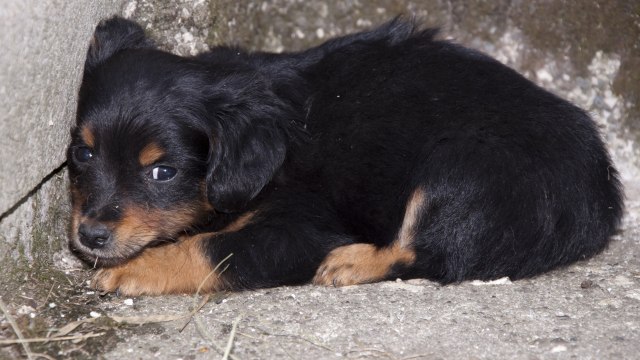 We are witnessing daily cruelty to animals, and the act of killing two genera has shaken the public greatly.

There is no justification for aggression against animals, especially those who are powerless to defend themselves. The problem with these kinds of actions is to look deep inside the individual's psyche.

What often drives someone to violence is personal discontent. rage and lack of a way to tackle that aggression without destruction.

"People who are aggressive to animals can be aggressive to themselves and the world around them. Discontent and finding a way to communicate with yourself and the world leads to feelings of frustration, misery and anger. This anger is poured out on animals, but it could be another person or the person injuring themselves, ”she said to B92 psychologist Dr. Branko Tisma.

In situations where one is overwhelmed by uncontrollable anger, he instinctively reacts and loses control. You are then spoiled with current emotions, which in addition to anger can also be dissatisfaction and unhappiness and violence then ensues.

"All dissatisfaction and misery can only be solved through contact with and through activities with other people. Planning activities and actions changes the feeling and the person is drained of anger. Only with people who are ready to socialize and share," Tishma tells our portal.

We are witnessing the brutal murder of two genera in Montenegro. There are a few genera and ornithologists and the public have condemned the procedure because it is a species that is very rare and deserves any help in surviving. When it comes to this particular case, the doctor said the only solution was to be the action of individuals who would start a community to find a common solution for how to survive these birds.

"It would be normal for them to find a way to survive without destroying the house and disturbing anyone. Again, I emphasize that action and cooperation with other people is key. Institutions and authorities should also be involved," he advises. she said.

Often in recent times, the news is that someone has killed or poisoned stray dogs, either cats or dogs. Killing an animal is never a good and lasting solution. Instead, work to increase people's awareness and look for a solution to reduce the strike.

"Ignorance and information is a big problem. This is the case with genera, examples of rare and protected species were killed because people did not have sufficient knowledge of it. Individuals increasingly rely on themselves instead of caring for the community, ”warned Dr. Tishma.

Aggression is not the solution. The solution must be sought in the community through actions with other people. Anger and anger that is expressed towards animals often goes into anger and resentment towards other people, and this should be prevented.