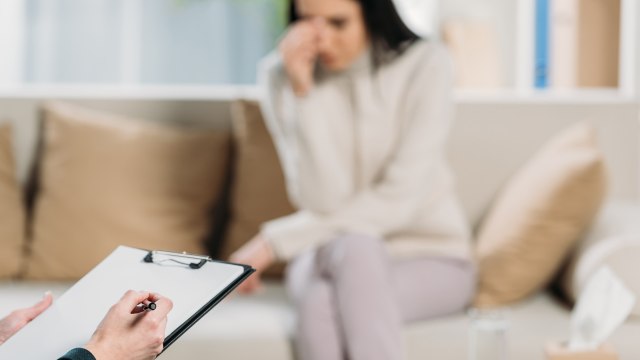 It is estimated that a quarter of the world's population in the next 10 years will suffer from some mental illness.

Mental illness needs to be taken very seriously, and 5.5 million boxes of prescription sedatives are prescribed in our country alone, and each pharmacy sells 400 boxes of various sedatives each month. What interests everyone is how much these drugs really help, what causes us most to reach out to antidepressants, and why more and more adolescents and women are affected by the disease.

Laza Lazarevic Ivana Stasevic, Director of the Psychiatric Disease Clinic, spoke about this on TV Prva.

“There is a constant increase in the number of depression and anxiety-related stress disorders throughout the developed world, and we belong to this trend because we are culturally part of Western civilization. be rehabilitated successfully, ”Dr. Stasevic.

Data on 5.5 million boxes of prescription sedatives were provided by the Republican Health Insurance Fund, but because of the availability and opportunity to purchase some of the prescription drugs, the number of boxes we eat is much higher. In addition, the available pharmacological preparations can solve the anxiety problem in the short term, but are not a permanent solution because it is necessary to treat the cause of the problem.

Therefore, sedatives and antidepressants should be distinguished.

"And some antidepressants have a sedative effect. Sedation means sleep. New generation of antidepressants are comfortable and have no sedation effect and have a very selective effect on receptors where we have to influence the symptoms of depression," the doctor said.

The newer generation of antidepressants is not only for the treatment of depression, but also for many anxiety disorders, especially panic. Tranquilizers are discarded a little because they do not solve root problems. Over time, you need a higher dose for the same effect and this is just an introduction to the addiction to a drug that develops from a few days to a few weeks. With sudden discontinuation of these drugs, we have withdrawal syndrome, so withdrawal is difficult for the patient.

Antidepressants are used for weeks and months, continuously but for a limited period. Depending on the reason for the introduction of the drug, it is discontinued after a few months and a large percentage of the people who have used it are cured. About 30 percent of patients will have to use them again at some point in their lives.

When to ask for help and who is in the sensitive category, Dr. Stasevic for Prva.rs, and see what she said in the video below.