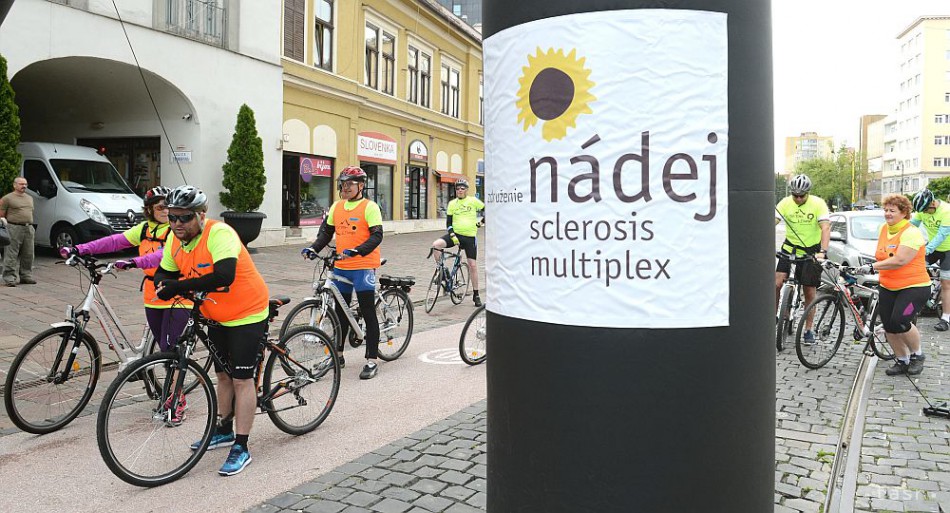 Bratislava, May 30 (TASR) – More than 1600 Slovaks diagnose multiple sclerosis annually. This is provided by the National Health Information Center (NCI) statistics. Experts announce their risks each year on the occasion of Wednesday's World Multiple Sclerosis Day.

According to NCZI statistics, 1639 patients with multiple sclerosis were recently diagnosed in Slovakia in 2016. t "Of which 1,128 women and 511 men. The total number of registered persons in neurological outpatient clinics with this diagnosis was over 11,000 by the end of 2016" NCZI spokesman Boris Chmel said.

Multiple sclerosis is usually diagnosed in humans between the ages of 20 and 40 and affects up to three times as many women as men. The most common symptoms are fatigue, pain, weakness, visual and sensory problems, mood swings, bladder dysfunction, but also bowel and sexual dysfunction.

It is a chronic autoimmune disease in which the immune system attacks its own nervous system. It is also said to be a disease with thousands of faces, can have very different manifestations, its development cannot be predicted, it is different for each patient. It seems to be without warning and can only occur as a result of exhaustion, sophistication or stress.

The disease is genetically conditioned and various environmental factors also affect the disease. Others are not completely known, but it is believed that these can be environmental factors. The incidence increases with the distance from the equator – a high incidence of disease is in Scandinavia and Northern Europe. There is almost no disease around the equator. It occurs almost exclusively in economically advanced industrialized countries where an energetic diet with a high proportion of fatty acids and sugars is at all.

In multiple sclerosis, the immune system destroys the protective envelope of its own nerve fibers, affecting their ability to communicate – transmit nerve impulses. This may result in any neurological symptoms. It is difficult to diagnose due to different and non-specific manifestations. There is no test to confirm it. The disease cannot be cured, but treatment can affect its course, delay and lower its progression to disability.

World Multiple Sclerosis Day is announced by the International Multiple Sclerosis Federation last Wednesday in May. The purpose of this global initiative is to raise awareness of the "G 35" diagnosis affecting the lives of more than two million people worldwide.