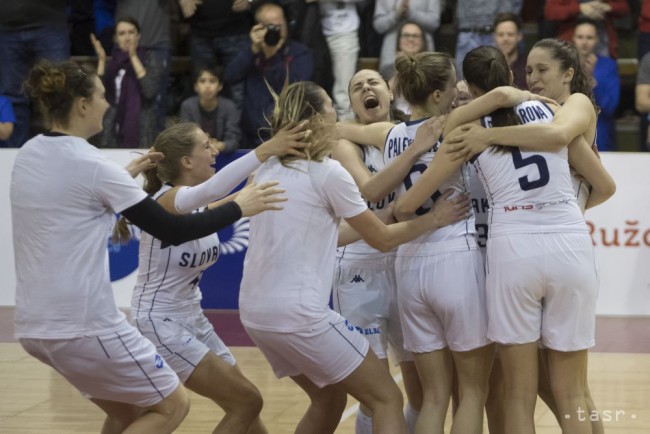 Bratislava, November 14 (TASR) – The last two matches in women's basketball teams in qualifying ME 2019 against Iceland and Montenegro (17 and 21 November) will broadcast RTVS in live broadcast to Two.

Slovaks will first measure the forces with Icelandic players. The match from Reykjavik will be broadcast by RTVS on Saturday 17 November from 16.55. The playoffs are played by the Slovenians with the Montenegrin team at their home in Ružomberok, the pair will offer it in direct transfer Wednesday 21 November from 17.55.

"We have recently taken RTVS in a handball game and we believed this step, although we were not sure of the reaction but the Slovakia-Russia match has exceeded all expectations and we are convinced that our spectators await Slovak sport in international confrontation and therefore We have put doubts on our basketball in the broadcast, and we hold the thumbs that they will succeed " The director of RTVS Sports Section Matej Hajko said in a press release.

At the event, the sixth participation of Slovak basketball players will be held at the European Championships. Currently the A group belongs to the first cross with the same number of points followed by the representation of Montenegro. The third place in the squad is the baseball players in Bosnia and Herzegovina and the table closes Iceland.