VIDEO The document that broke Valas bonds: Fear and terror in Humenne 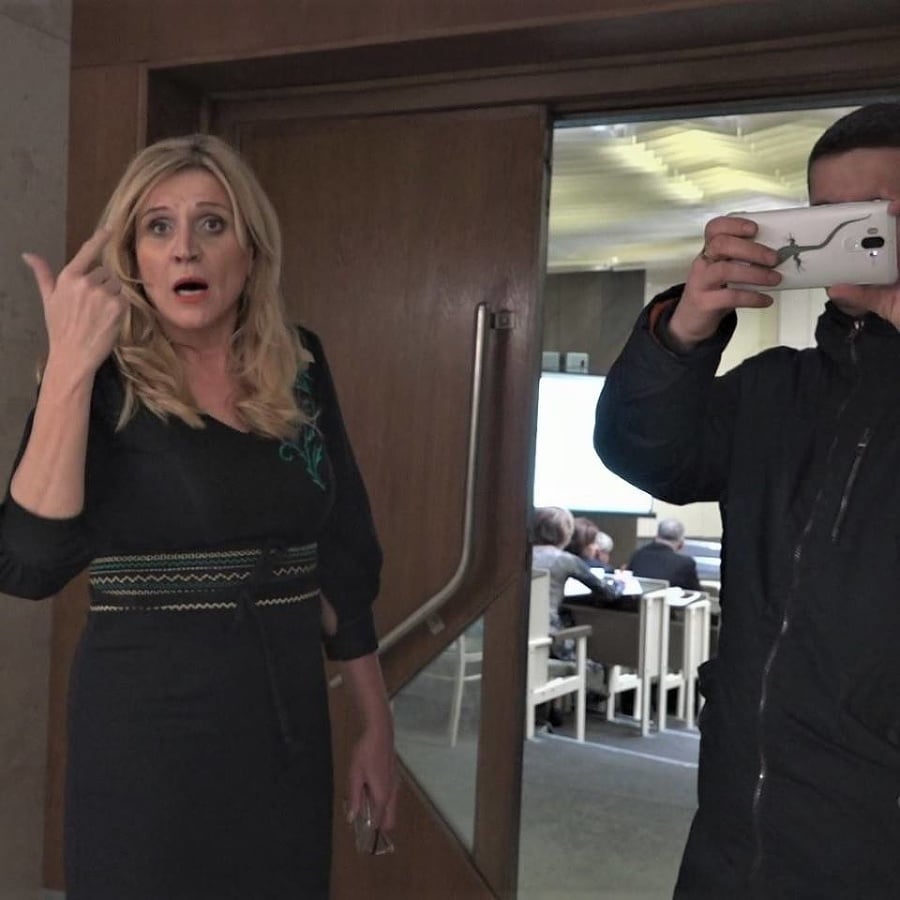 The project, which appeared several weeks before the election, is a student Edo Cicha. Document the title "Peter Breiner Primary Art School" worked as a graduation film at the music academy in Bratislava where Cicha is studying.

The theme for illustrating how the city operated under the direction of Vales was the case at Humennom Primary Art School. After her, Daniela Polovková, head of school, finished after a row of city leaders. She suggested that they named the school after the music composer Peter Breiner, a hometown.

"The Petr Breiner's Art School, which shows the way for Jana Vaľovás rule in Humenne on the example of ZUŠ's fall," It is listed on the Facebook document page.

The fear that ruled in Humenne

As Cicha explained in an interview with Our Humenné Portal, he learned about a problem in a human school from a acquaintance, but originally planned to do a short training report. "But when I personally felt the fear that ruled over and acknowledged other articles in this chain of problems, I quickly realized that these are materials that require a much larger format," he said.

According to a young filmmaker, the city has lost a lot of false information about the school and its principal without giving any room for comment. As he said, it was not easy. "I understood why I know what these people are at risk of criticizing the city or refusing to leave to their will" he says, adding that he has not pushed anyone into anything.

Even the teachers who talked about the problems before the camera did not survive the secrecy after publishing Pavel Fejer's report to small and medium-sized companies, who devoted themselves to Humenné leadership's practice. "I think all the claims in the film are well grounded" said Cicha.

As Cicha expressed in the Diary N interview, the document did not contain space without a response from the city. Deputy Prime Minister Humenné, Andrej Semanco, filed a criminal complaint for prosecution.

"Through the internet he was able to get the movie out of the film – I did not think the production department published material on school movies on the web – and found a fake passage that hurt his name" a young documentary said.

The city was screaming, says the school

Humenné also responded officially. He posted a title on his website "VŠMU asked for Humenné for a student because of the film from Petr Breiner Primary School". But because the school was imprisoned, it was not true.

The letter from the Academy of Arts, Science and Science, which he cited Semanco as author, was sent on March 15th. At this time, the film did not exist in any form. "It is obvious that the title of the article in question and its content is misleading and misleading" says the joint statement by VŠMU's academic senate and school leadership.

On the side of the student there were also teachers from the School of Economics. "Edo Cicha, with his investigative documentary" Peter Breiner's Primary Art School ", has shown so much courage and attitude today and has shown how such control is conducted on politically unfavorable terms" they wrote on facebook.

Vales has a clear opinion on the matter. The problem is considered to be artificial and artificial. "It's just about not mentioning schools of living people, and according to the opinion of the city, the expert committee at the Ministry of Education" says the former mayor.

A similar example is given by Topoľčany, where they would name the ice hockey school according to former Captain Slovakian representation Miroslav Šatan. "Still no-one questioned his merits about Slovak hockey, but he just demanded that the current rules were met" notes Vaľov.

According to the policy, the authors of the film published two spatial recordings made at internal meetings without the knowledge of the illegally recorded people. "The Slovak media did not even mention this serious problem, although the author had much room for his feelings to visit Humenné" Vaľová says.

Cicha explained that he stood by his method. In his own words he provided lawyers with which a public servant has to pay more attention than a private person, N.

According to Valas, the problem was also that Cicha did not use the opportunity to explain things to Ondrej Bartzk, the city's authority in Humenne. Cassie finally asks why the movie appeared two weeks before the election, unless it is a political task.

"If it's an expensive puppy propaganda that someone has paid, including the author's trip to Humenne or New York, it's fair to say to people" think a politician.