Close the legend of the movie "Baby Bear" Dead

(12 Nov) The reporter reported that at 08.30 at ICU Maharaj Nakhon Si Thammarat Hospital, "Prince baby bear" Supreme Master Shadow And Former President of the Folk Artists Association. Nakhon Si Thammarat Province He died of heart disease and acute kidney failure at the age of 73 among his relatives and the sorrow of many children.

Then the movie "Bear Baby Bear" with their relatives. The funeral was held at Wat Nong Mo. Chaloem Phra Kiat Nakhon Si Thammarat Province There will be a water ceremony at 15:00 the same day. 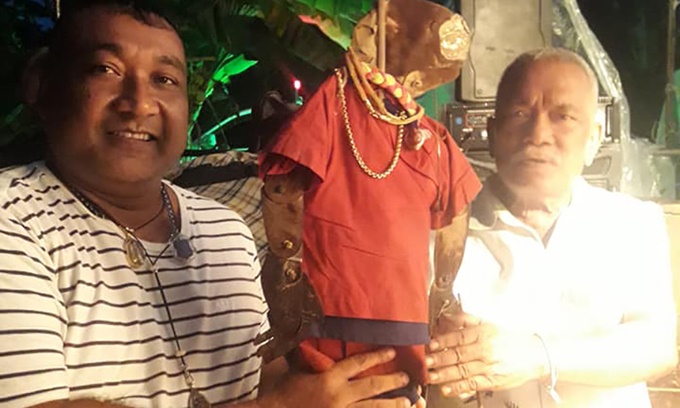 Mr. Nipon Amornkarn or "Bear Baby Ball" The first student who took care of the film, the grandson, said that almost 3 years of his parenthood. Especially in a year after heart disease. And kidney disease is heavy and no one cares. We have to rent a small house 800 baht per month at Wat Nong Moo 9, Suan Luang, Chalerm Phrakiat. Nakhon Si Thammarat Province

Yesterday (November 11) at 5.30 pm, the teacher collapsed with heart disease and kidney disease. So hurry to Maharaj Nakhon Si Thammarat Hospital. The doctor rushed to the ICU. Use breathing protection. Before a heart attack until 07.52 today (12 Nov). By and by relatives. The funeral ceremony comes back to the traditions today at Wat Nong Mo. Chaloem Phra Kiat Nakhon Si Thammarat Province The ceremony to water the dead body at 15:00.