Have been driven to play with their children – denizlihaber.com 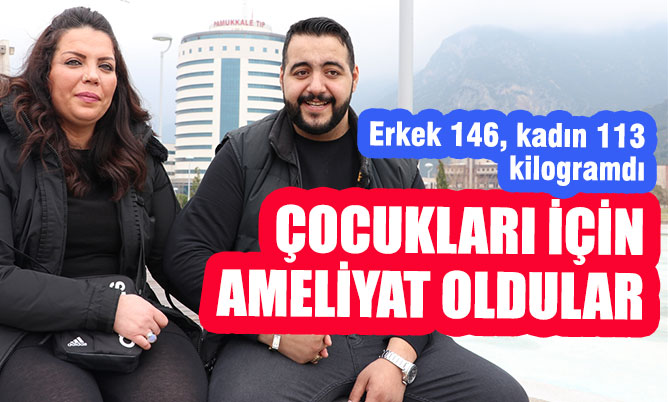 Living in Germany, the couple living in Denizli, did not allow children to play on the desk because of overweight. Ozcan couples they want to fall to the weight they want to play with their children.

DENİZLİ AA – Songul and Serkan Özcan couples who have health problems due to their overweight and do not spend time with their only children have been given health thanks to obesity surgery in Denizli.

Songul (34) and Serkan Ozcan (36), living in Berlin, Germany, tried to lose weight in various ways due to the inability to spend more time due to their overweight and his 3-year-old son Berat Can.

Despite all the ways they couldn't lose weight and have difficulty with their Ozcan couples in their daily lives, Denizli Pamukkale University Hospital (PAU) decided to come up with advice from a relative. 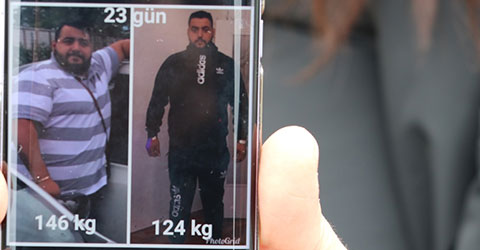 Songül Özcan's operation to get rid of excess weight when his wife began counting days.

Serkan Özcan told reporters that he had difficulty finding clothes after body measurements.

After the operation, he said he felt reborn and said gibi. We came here and we had surgery. One month ago I weighed 146. When he wanted to play with my son, I couldn't bend and play with him. I breathed. I decided to have surgery to play with my son comfortably. We have a really good time together. I don't eat as before. artık

Songüz Özcan explained that the obesity caused various discomfort in her body, and when she went shopping, she did not feel good.

Ozcan continued to have a better time with his baby after losing weight after surgery, he continued:

Prof. Dr. Ozcan, MD, Faculty of Medicine, Department of General Surgery. Faculty member Mohammad Rashid Aykota also said that obesity surgery is one of the most effective methods in cases where obesity cannot be provided by diet, exercise and medicine.