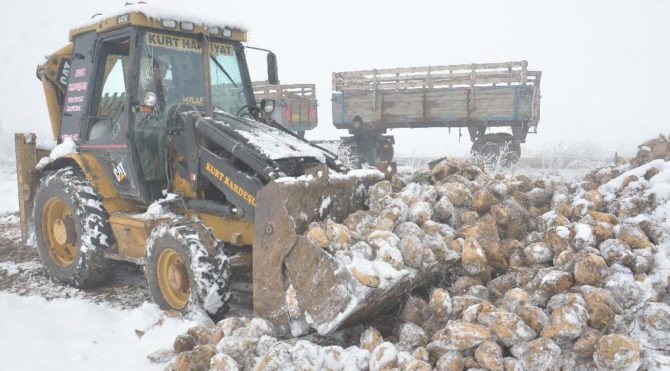 Snowfall began in Kahramanmaraş, a large number of bet producers were subjected to victims. 100,000 tons of beet is delivered to the sugar factory in Elbistan Plain. Farmers say that the main reason for the complaint is the purchasing policy at the sugar factory operated by the private company.

Falling temperatures in the Elbistan district of Kahramanmaraş took snowfall. The snow, which started in the morning, continued until evening. The temperatures fell to minus 8 degrees. Due to snowfall, the bites stayed in the fields below the white lid. While the sugar beet remains under the snow on many fields in the plain waiting to be dismantled, the beet leaves away from the road and the beetles are waiting to move to the factory. According to farmers estimates, 100,000 tonnes of beet beans will be delivered to the sugar factory in Elbistan Plain. Farmers in the area of ​​the beet can not be disassembled by indicating that farmers, minus 8 degrees in the cold, will be faced with hand-removal disassembly. 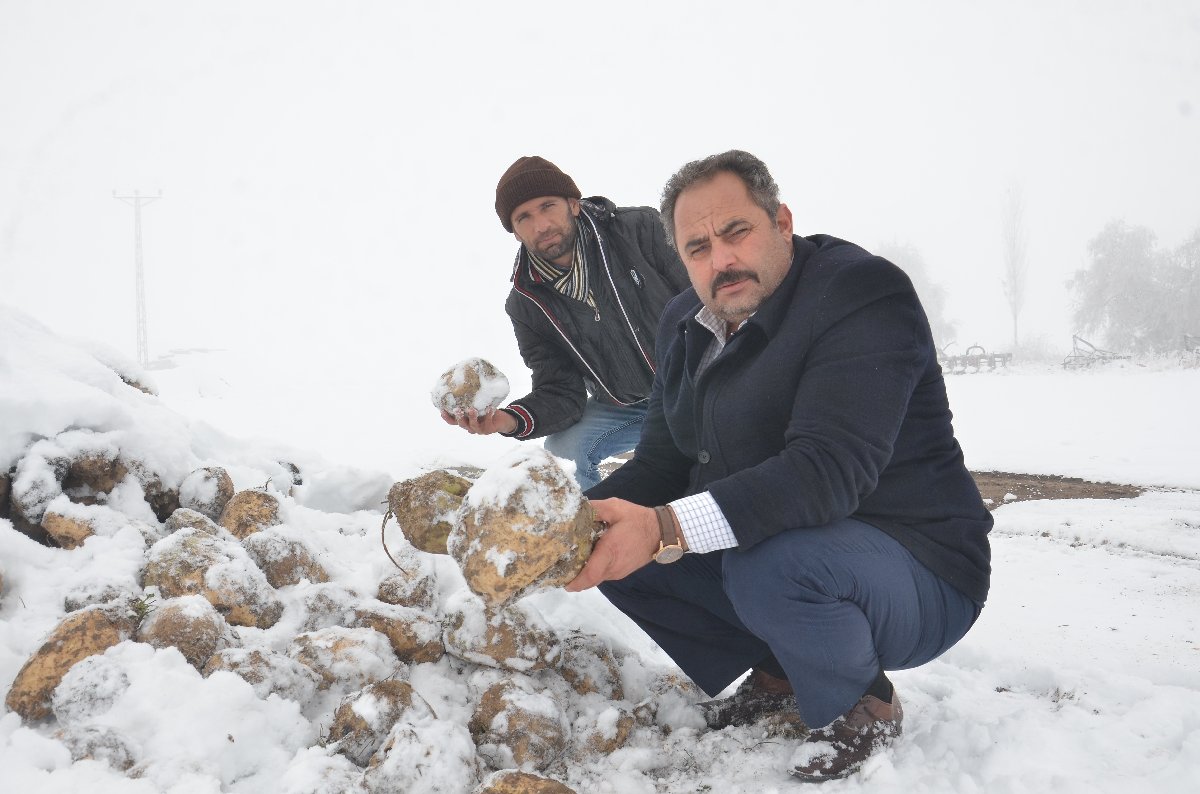 Farmers said that the main reason for the complaint was the inclusion policy at the sugar factory operated by the private company. Adem Kancı, who has worked for a long time on farming in the district of Alembey in the district, said the belly became a retribution for them. Explain that 200 tons of beetroot remains under snow, said Kancı, d my estimate is 200 tons of beet. Let us pamper those who have taken this trial. I have a meeting in a week's program, but I can not deliver. We do not know if he can find Christmas or January anymore. I hope the sugar company will be there anyway, I hope he responded to factory management. Kancı continued:

Our bones, our labor remained under the snow. Our water is dry. What we raised it with difficulty. We had a good return. There is nothing we can do, we do not have the opportunity. I will refer those responsible to Allah. We can not resist our state and our nation. Our work was left in place. Every year we finish our beets, run our fields, burn our stove and sit in our house. There are still bites in the fields. We will manage more bites and sleep wheat instead. We can not plant under these conditions. Our fields are empty. Our machines are left in this way. Elbistan-Afşin has estimated 100 thousand tons. They are all in the abdomen. Farmers victim and lumpy. We are waiting for help from the authorities. They want 50 pounds to load a tow bite. How do the tractors run in winter? May Allah be the farmer's helpers. Allah 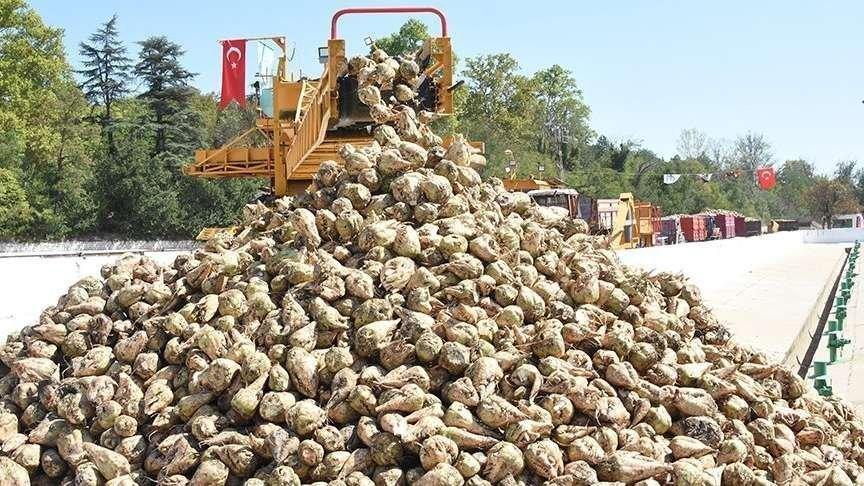 B we are waiting for the women "

"God does not let us stop," said the farmer Halil Cetin, "I did not see this year as a notorious. There is no purchase at the factory. We have been waiting for the snow for 2 days. There is no verbal explanation. The roots are under my stomach. Her soul, our God, did not end. At this time our beetroot was ready, but my 350 tons of beetroot awaits under the snow. It's very hard to get to the factory. Our tractors do not work. The company that bought the sugar factory does not help us. working there. We expect during the snow in the cold. We will take this beetroot until January, he said. 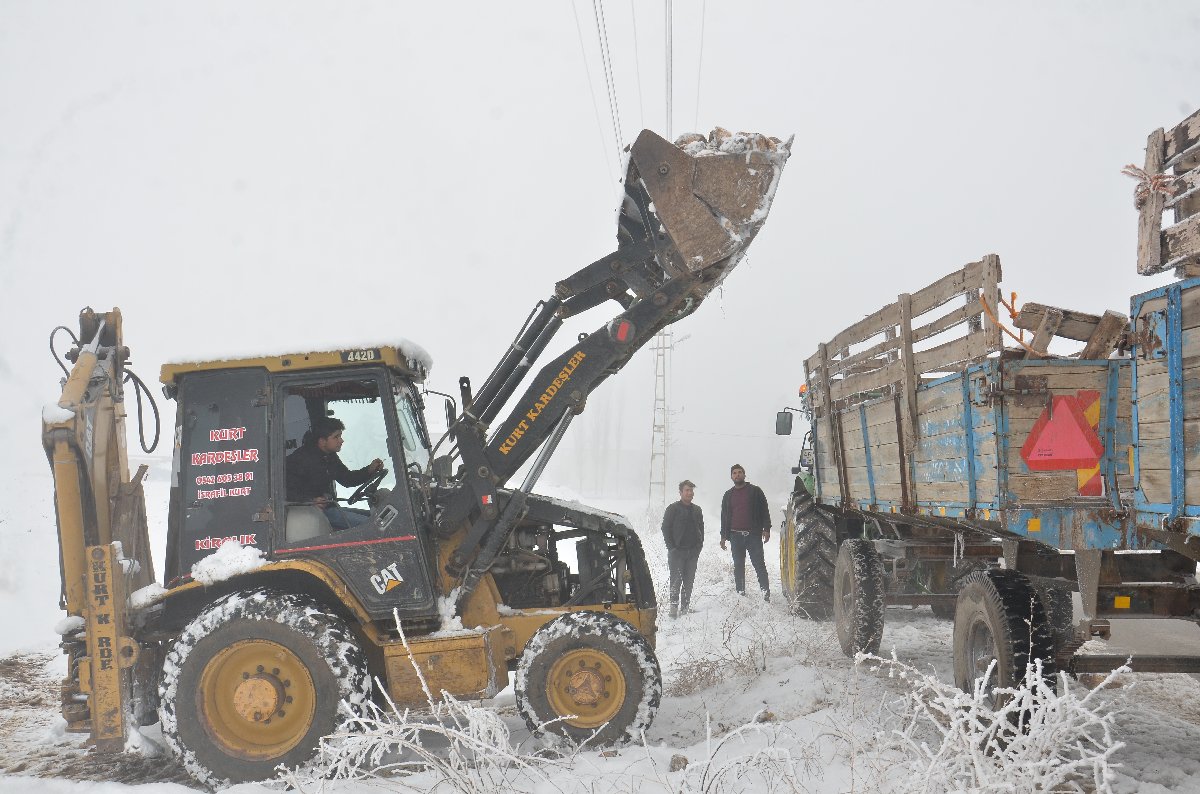 Derviş Kılıç, who added silosocker to the trailer with a backhoe loader on the edge of the field, said the farmers in Elbistan and Afşin were victims. This is the cruel end of the earth. Nothing is enough. You do not need to tell, so you see the farmer. In Elbistan, Afşin, this is the beginning of our peasants in all these surrounding villages. In that case, all our farmers are infamous. The goods remain in clay, remained in the snow. M