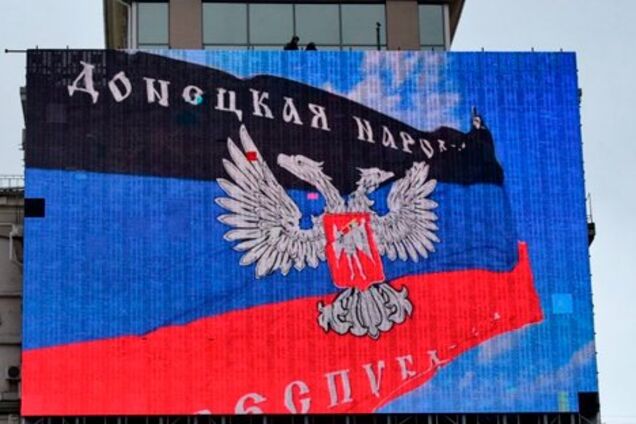 Recently, the "chosen" leader of "DPR" Denis Pushilin and his accomplices try to recover the money spent on the "election". To do this, industrial enterprises have to pay for fire service "Emergencies Ministry DPR" in the amount of 175 thousand UAH per month, although the real cost of services does not exceed 50.7 thousand UAH.

This was written on his Facebook by the head of the Center for Military Political Studies Dmitry Tymchuk. "Recently, the" chosen "leaders in" DPR "try to get the money back to the" choice "(spent on free or cheap food, alcohol, entertainment programs, etc.) as soon as possible," he said.

According to Tymchuk, the newly elected leaders ordered the "law enforcement agencies and special services of the DPR" to force industrial companies to conclude "contract" for firefighting services with "EMERCOM of DPR" in the amount of up to 175,000 UAH per month per company.

According to management, the economically reasonable cost of these services does not exceed UAH 50.7 thousand per month. "The price indicated by the so-called" DPR strength "is significantly exaggerated and can lead to leaching of corporate working capital, says the head of the Center for Military Political Studies.

As reported by OBOZREVATEL, the Secretary of the National Security and Defense Council Alexander Turchinov said that Ukraine would prepare a new sanction package, especially against those involved in organizing and implementing pseudofel in the occupied D / LNR territories. In addition, further sanctions against the five persons responsible for organizing elections in the Occupied Territories may enter the EU.

Reminder, November 1, the fake election of "Republican Republics and Deputies of the People's Council" was held in the "DPR" and "ARC". A number of EU countries, the United States, as well as international organizations in the OSCE and the UN have condemned their holdings. The Kremlin responded to the results of the pseudo-number in "L / DNR", stating that they were treated with understanding. Previously, Ukraine's Security Service reported that the results of the pseudo-election had become known even before they began.