how the fall in prices will affect the economy in Russia :: Economy :: RBC 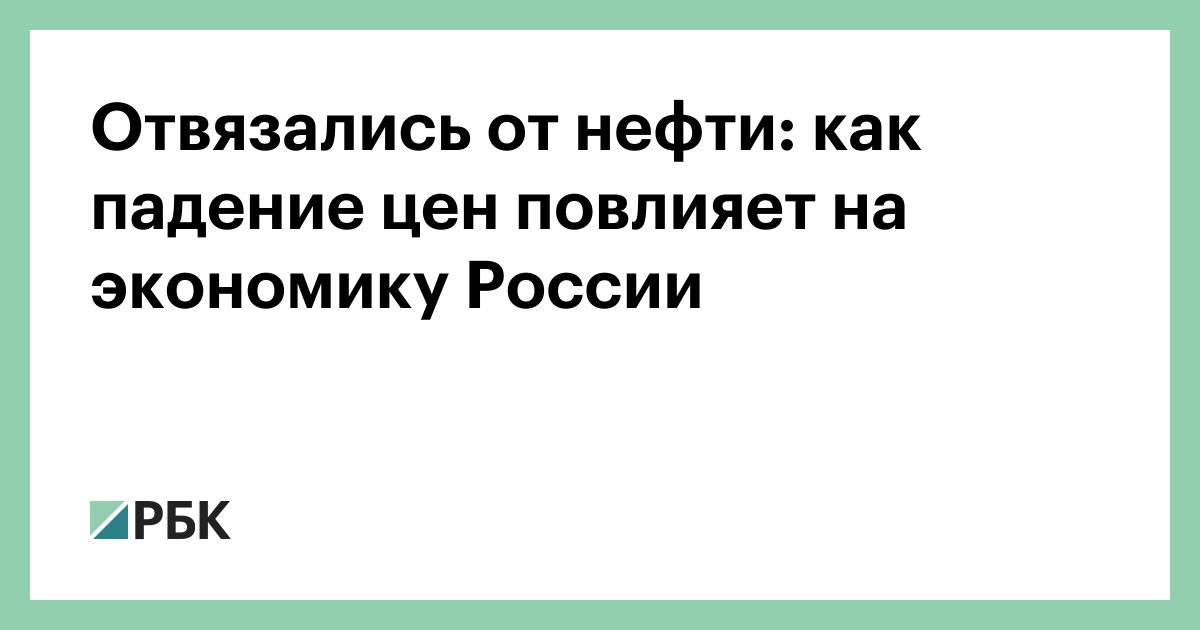 In just one month, oil prices have fallen by $ 20, causing panic and confusion in the market. RBC understands what is happening in the oil market and how it threatens Russia 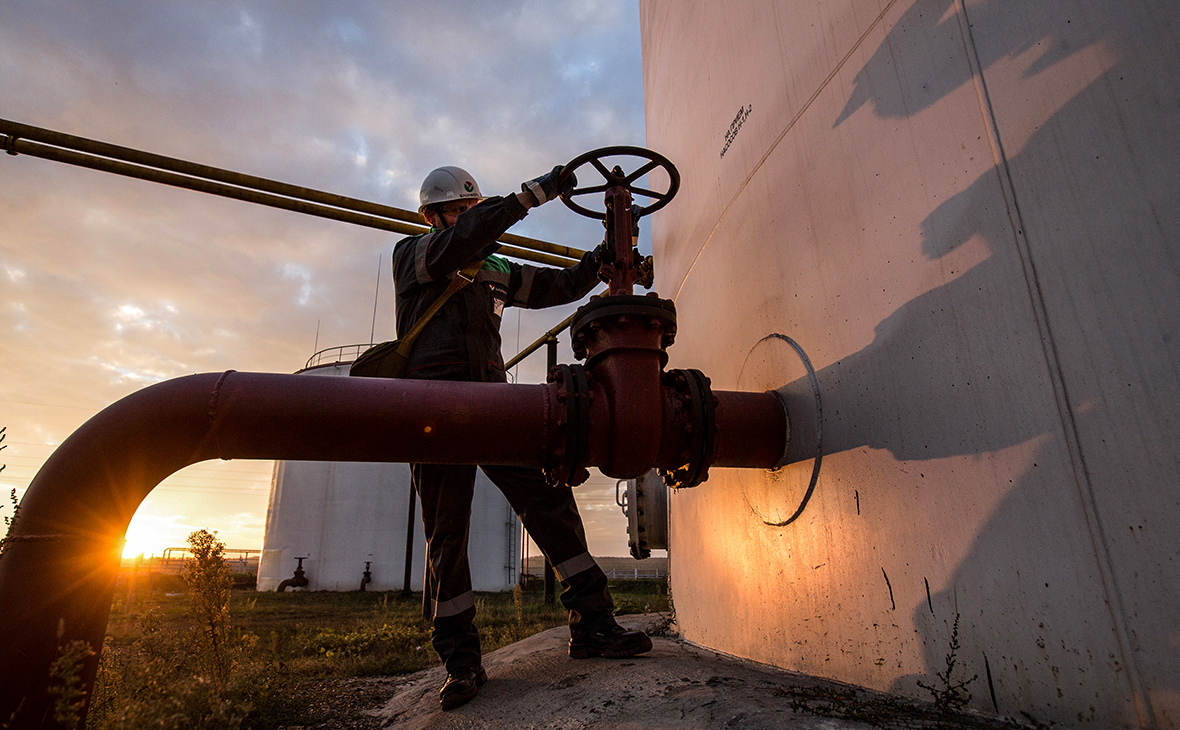 On the threshold of November 13, the world oil price collapsed by about 7%, to levels of $ 55 (US WTI) and $ 65 per barrel (North Sea Brent). On WTI futures, this was the largest percentage decline from September 2015, on Brent Futures from July 2018 (July 11th, the quoted drop dropped even more).

Why has the oil been lost?

There were several reasons for macroeconomics, geopolitical planning and economic speculation.

Slower economic growth in the world means less demand for oil. On November 13, the Organization of Oil Porting Countries (OPEC) forecasted the growth of world oil consumption in 2019 by 70 thousand barrels per day to 1.29 million barrels per day and warned that the supply on the market would grow faster than demand due to rapid growth in supply from competing countries (mainly US).

The United States, Russia and Saudi Arabia are pumping oil at record speed, more than blocking the decline in production in Venezuela and the flow of Iranian supplies (due to US sanctions against Iran), the International Energy Agency said on November 14. According to the IEA, US production increased sharply last month, which potentially amounted to 11.6 million barrels a day. This is more than in Russia, which in October produced 11.4 million barrels per day of oil and condensate (the new post-Soviet record).

In early November, the United States fully resumed sanctions against Iran, abolished in 2015, and it was assumed that the administration of President Donald Trump would attempt to effectively lift Iranian oil exports. But as a result, exceptions were made: eight countries (South Korea, Japan, India and others) were allowed to buy Iranian oil for another six months.

The collapse in oil prices. The main thing

On Monday, November 12, Donald Trump urged OPEC not to cut oil deliveries as a result of falling prices. "I hope Saudi Arabia and OPEC will not cut down oil production. Oil prices should be much lower [чем сейчас] based on the proposal, "- wrote the US president on Twitter. The sale of oil futures at the beginning of the week was largely provoked by this Trump tweet, Reuters reported.

Speculative investors in the oil futures market have sharply lowered prices for price increases. For the week ending November 6 (latest data), hedge funds decreased by 18%, the Brent – by 15%, with the long net position (the difference between growth rate and price cuts) for terms and options for WTI oil. 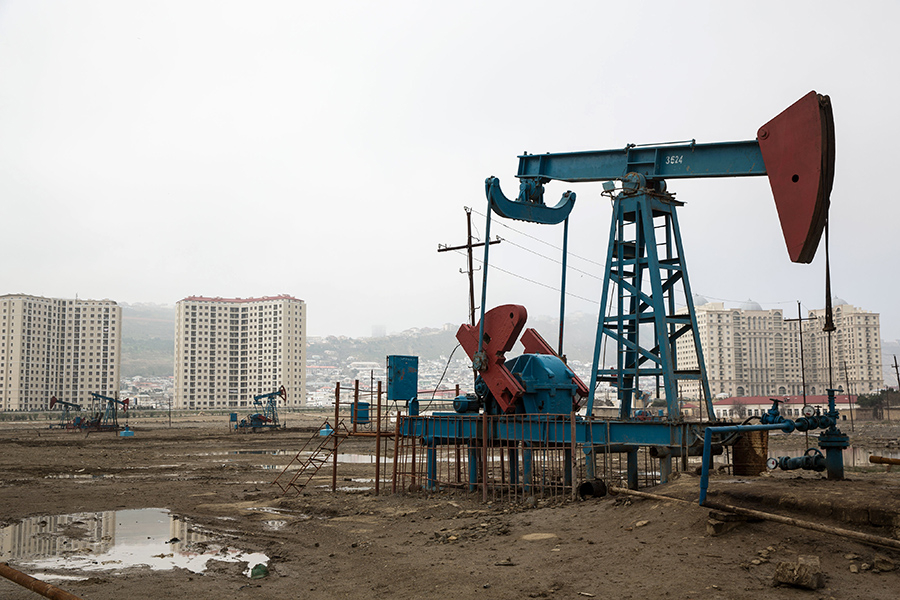 What will happen to oil next?

"She [цена на нефть] is already growing <...> It is already corrected. I think it was in many ways the uncertainty associated with Iran, which affected price reductions. Now all this is being adjusted, says Igor Sechin, Head of Rosneft, on Wednesday.

In the medium term, prices will return to levels of $ 70-80 per barrel, "said Anton Usov, director of international practice at KPMG to provide services to oil and gas companies, told RBC. It is this price level that reflects the balance between supply and demand, while the current decline is due to short-term speculative measures by traders, "Usov says.

Penalties for vintage: how experts assessed the likelihood of restrictive measures

If OPEC + agrees to reduce production from 2019, prices will rise again. But "Russia will be more difficult for other OPEC + participants to reduce production, as the process will require conservation of wells," said Usov. "The reduction is possible because the operation of low-return and unprofitable wells ceases, but it may require an adjustment of license obligations," said the expert.

How will oil suppression affect the Russian economy?

Most likely nothing. In recent years, the economy has ceased to depend on oil prices as much as before 2013. Budget policy is determined on the basis of a conservative long-term forecast for oil prices – $ 40 a barrel in 2017 prices. And the Ministry of Finance's budget rule has helped to largely break the historical link between the rubel price and the price of oil.

The recovery in oil prices from 2015 has not been translated into steady growth in Russia's GDP. Over the past five years, the sensitivity of economic growth to oil prices has almost dropped three-fold, calculated analysts at Citibank. In the period 2006-2013, an increase in the price of oil with $ 10 1.4 pp. to GDP growth, when in 2013-2018 the effect of a comparable increase in oil prices fell to 0.5 percentage points of economic growth, Citi analysts Ivan Chakarov and Artem Zaigrin wrote in a review on November 8 (RBC has).

However, it is possible that the decline in oil prices affects the economy more than price increases. "The rise in oil prices does not affect GDP growth, but a decrease in them can reduce GDP." Such an asymmetric influence, says the chairman of the accounting chamber Alexey Kudrin on November 13, the Financial Expert Group's fiscal policy, Alexander Suslin, agrees with him: "The Russian economy was clearly dependent on oil prices before the 2014 crisis. In 2013, despite high oil prices, growth began to slow down. Now, high prices do not give a particular boost to economic growth, but the autumn really slows down growth, as private investment is decreasing. "

The draft federal budget, approved on 14 November in the second reading of state treasury, forecasted the average price of Russian uranium oil 2019 to 63.4 dollars per barrel with an average annual dollar level of 63.9 rubles. This means that the budget for 2019 is based on the ruble value of Ural at 4051 rubles, while a surplus of 1.8% of GDP is planned. And now, even after the fall of oil, is the cost of the Brent 4475 ruble.

How sanctions weakened the ruble's dependence on oil prices

Although the price of Brent in the ruble has fallen sharply compared to the recent historical high (5670 rubles in early October), it is now at the same levels as it was recently – in July or April this year.

Cheaper oil can only slow down the accumulation of reserves in the National Social Fund (NWF) – it will get less supervinster, says Suslin. "The current budget rule removes returns from the economy and accumulates on foreign currency accounts for subsequent transfer to the National Social Fund. In fact, we have lived in the last two years as if oil is worth $ 40 and about 3-4 trillion rubles. Per years they do not enter the economy, "explains macro analyst at Raiffeisenbank Stanislav Murashov. In October, First Deputy Prime Minister Anton Siluanov acknowledged that by the end of 2019 the volume of the National Welfare Fund would be close to 7% of GDP, after which the authorities would be entitled to send funds from the Fund to investment.

Oil prices are no longer a key factor for the ruble course. "Many other factors affect the price. So far, I see no prerequisites for the rate to fall," says senior analyst Kirill Tachennikov, BCS Global Markets.

Before the sanctions, the ruble was dependent on oil prices: if oil rose in price, the ruble was strengthened and vice versa. The tax rule reduced the rubble's sensitivity to oil prices and in 2018 the ruble fell despite oil prices, "and is still extremely weak due to the sanction background," Murashov said.

Before November 13th, the ruble fell only by 0.4%, with an oil price drop and on Wednesday, November 14, it increased by 1.4% – the most among developing countries' currencies – among the news that the US Congress is likely to not have time to consider new sanctions against Russia by the end of the year. From 20:40 Moscow time, the ruble has been strengthened by 1.36% since the beginning of the day and is trading at 67.21 rubles. for a dollar.