Miners will be able to make money from gamers thanks to new streaming technology. 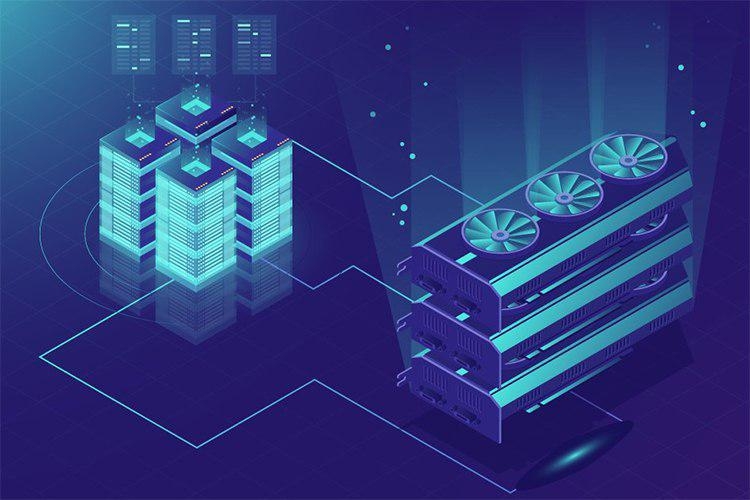 The fall in the main crypto exchange rates has led to the mining profitability starting to approach zero. GPU-based farms can, however, get a different life and rejuvenate their owners as source of income. start-up Vectordash Developed a great technology that allows farm owners to donate their power to the operation of gaming streaming service, which due to its geographic distribution gives players lower delays compared to offers from famous competitors.

Computer games are becoming an increasingly popular pastime, but in many cases, modern and high-quality projects require expensive equipment for their work – the CPU and the GPU. This obstacle makes it possible to overcome cloud gaming services that perform the waste code and perform image reproduction on their own specialized servers and only transfer personal video stream to client devices. Thanks to this technology, the owners of relatively weak systems, such as Laptops not able to participate in the world of resource-intensive games. 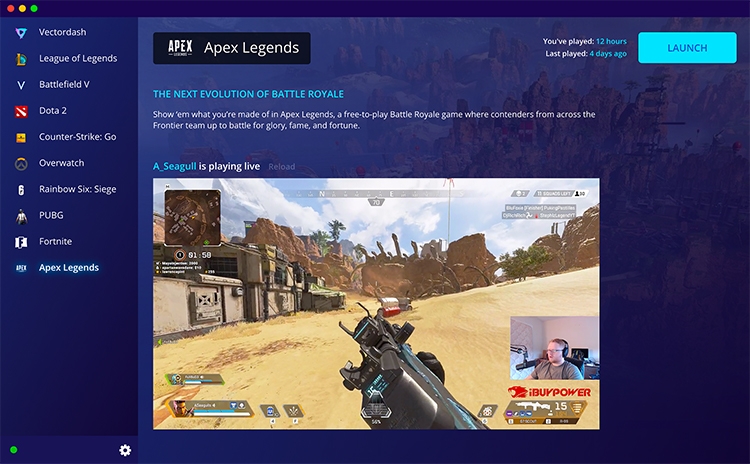 While streaming game services do not boast of widespread, primarily due to significant delays that occur in the way of the signal from the client computer to the server and back, which is not the best way to affect the views. But a promising start-up Vectordash suggests improving the technology that reduces unpleasant delays. The idea is to use to provide geographically distributed computing power that users can deliver themselves and select the closest server units for each client (ideally within a 400-500 km radius). In the role of such server units, Vectordash expects to use farms that remain surplus by cryptocurrency boom or architecture-like configurations. The proposed approach should allow for reducing delays below the critical level of 20-30 ms.

In fact, Vectordash service offers farmer owners based on productive GPU's to lease their idle capacity to weak computer owners so they can use them for gaming. And this model looks quite viable, as Vectordash for renting a GPU from the landowners intends to pay a $ 60 to $ 105 reward. Month to a graphics card (depending on device performance). The income service intends to receive from the players – capacity tenants for which the monthly subscription will cost $ 28. 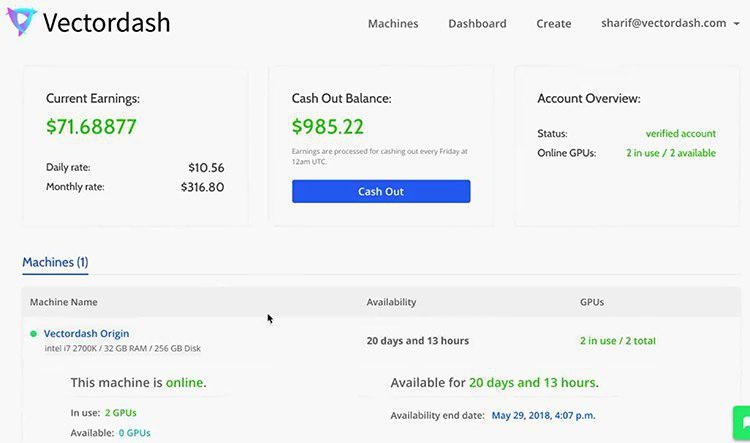 As the developers themselves say, their proposition for farm owners is more profitable than mining of crypto competition under modern conditions, so there should be no shortage of people willing to provide power for game use.

You can assess how the service works on the client side in the following video, where Apex Legends runs on a 13-inch Apple laptop. At the same time, the frame rate in the 100 FPS range is despite the use of the native Retina resolution, and the delay does not exceed 20 ms.

It is worth emphasizing that Vectordash technology, unlike most cloud gaming services, is not limited to any specific list of games. Users have the ability to run on "Cloud" GPU & # 39; any game from their Steam library without having to install them. In the case of a stable internet channel, Vectordash promises its customers high-quality gameplay with 60 frames per second. Second in 1080p and 4K solutions.

Now the Vectordash service works in the form of early access and only offers its services to users on the east and west coast of the United States. But in the future, the company aims to spread its technology widely.

If you notice an error, select it with the mouse and press CTRL + ENTER.