Only Tymoshenko is quiet, like death, apparently knows what we do not know / GORDON 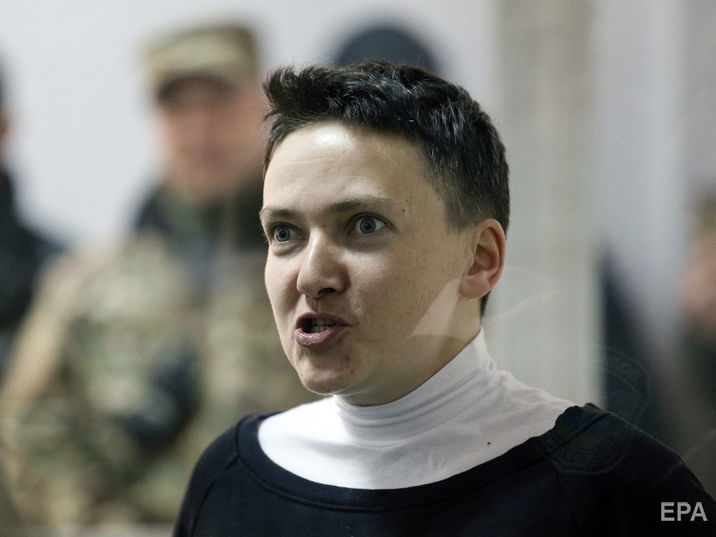 Nadezhda Savchenko, a non-volunteer people's deputy in custody, does not exclude that the presidential election Vladimir Zelensky "transfers interests" in favor of the leader "Motherland" Yulia Tymoshenko, who in turn may be involved in the cold and cynical death of the Ukrainian nation.

Ukrainian presidential candidate, the leader of the Batkivshchyna party, Yulia Tymoshenko, behaves exceptionally quietly on the eve of the vote. This statement was expressed by the imprisoned non-factional people's deputy Nadezhda Savchenko, whose letter was published on his Facebook page on March 17.

"Traditionally, in every election, Tymoshenko is climbing out of her skin to become Ukraine's president. This time she is nervous [баллотирующегося на второй президентский срок Петра] Poroshenko. … And only Timoshenko this time is calm, like death itself. He keeps the picture of a pious grandmother of the nation because he apparently knows what we do not know, Ukrainians, "wrote the people's deputy.

According to her, Poroshenko, Tymoshenko and the showman Vladimir Zelensky behave, "the thought is creeping in and not whether we will slip a pig."

"Poroshenko is a war and another law of war. Zelensky is a betrayal and surrender of interests in favor of Tymoshenko. Tymoshenko is the cold and cynical death of our Ukrainian country. When will we Ukrainians learn not to be replaced by substitution of concepts ?! present and false? from hypocrisy ?! truth from lies? "- Savchenko wondered.

Election of the President of Ukraine is scheduled for March 31, 2019. The election campaign started on December 31, 2018. On March 8, the Central Election Commission approved the final list of 39 presidential candidates.

According to a study conducted in March by the SOCIS Center for Social and Marketing Research, for Zelensky ready to vote 27.7% of respondents of those who come to the polls and decided on the election, for Poroshenko – 19.6%, for Tymoshenko – 14.8%.