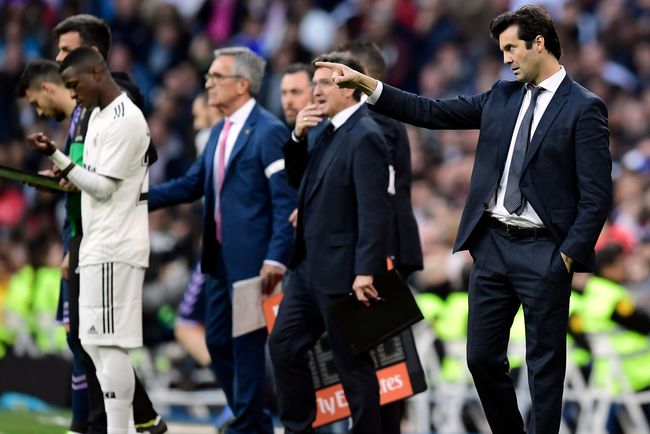 In Madrid "Real", as in the last days of October fired the christmas lopetegi from the post as head coach for the terrible results and devastating defeat in El Clasico "Barcelona" (1: 5) proved safe with a position considered free and caused a lot of rumors. Until the end of the 2018/2019 season, Argentinean Santiago Solari has been appointed head coach, since October 30, he has acted as an actor.

European media matchmakers in "Real" alternately Antonio Conte and Mauricio Pochettino. But with Conte did not grow up: he refused to lead Real Madrid, because he was not offered the option he wanted.

A coach at Tottenham refused the amazing offer of "Real", about which Pochettino himself informed the London club president.

As a result, Madrid must transfer Solari to a legal position, as the current rules in Spain prohibit specialists who act as main coaches from working without a contract for more than two weeks. So "Real" has signed an agreement with the coach.

But in Madrid there is hardly any reason for dissatisfaction. The team under Solari won four matches of four (with Lopetegi, there were only six wins in 14 fights) with a total score of 15: 2. Argentina is familiar with Real System work – he played in Madrid 2000-2005, and from 2013 he worked as a junior team coach.

This Solari reminds a lot of Zinedine Zidane, who also took over the "Real" management in January 2016 in the fire order. The great Frenchman also played in the Royal Club, and before being nominated as head coach, he worked with reservists. As a result, Zidane became the second in the club's rating of coaches won most trophies (Frenchman – nine, the famous Miguel Muñoz – 14).